Raggedy Ann the day she arrived, covered with ashes...but you can still see the poor thing's feathering or lack thereof and how small and malnourished she is. 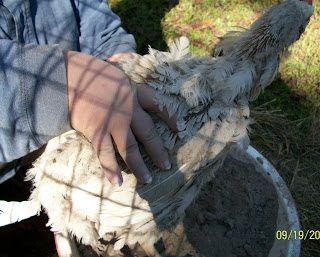 This is Raggedy Ann at one week...notice the one feather sticking out from the tail.  This one feather always makes me laugh... that stubborn last feather that will NOT let go and give up the ghost! 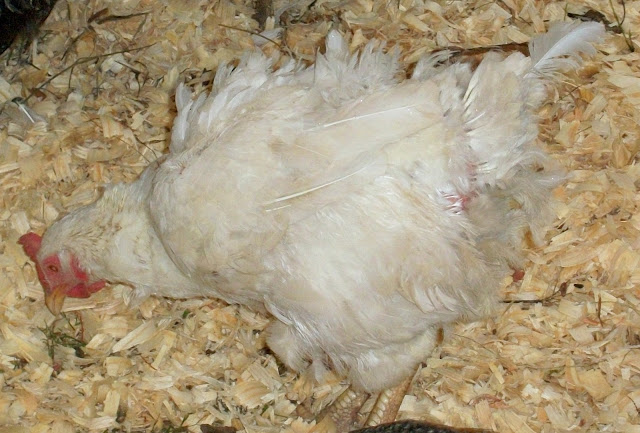 This is Raggedy Ann at week 2 of her reconditioning...still can see the one, raggedy old feather sticking out like a tattered flag. 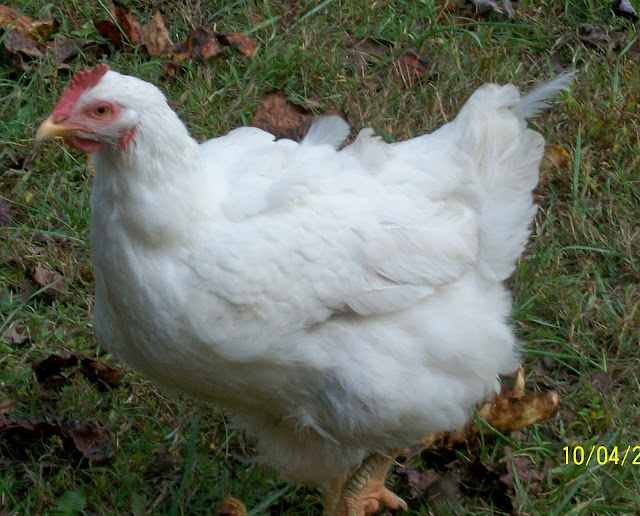 Take note of the scales on this third picture and see that grey coloring on the front of the leg?  That is the old scales beginning the sloughing and raising up into that hard ridge that will eventually just fall off and show new, shiny scales underneath.

You can also start to see more filling out of the chest and thigh and a little extra brightness of the eye, as well as smoother, healthier feathering coming on. She is still a little pale around the eyes, beak and legs but she is coming along, don't you think?

This is Little Red waiting on the nest today..... you can't see the walker in this pic, as she had accidentally dropped it in her struggles to get up to the nest - but the old gal was in a hurry to drop that egg! 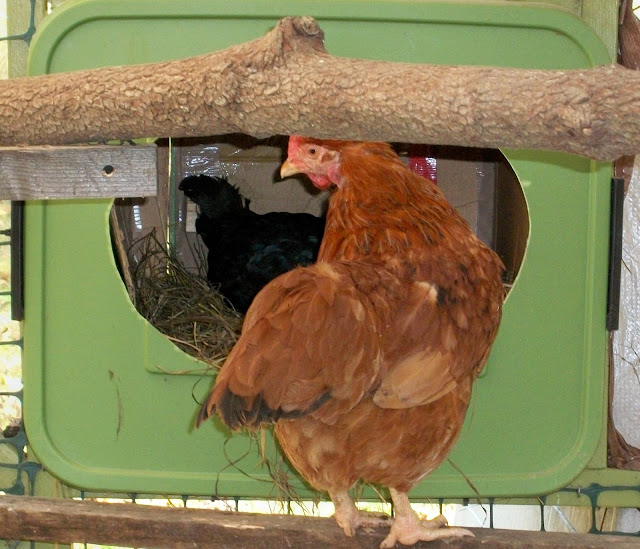 Her feathers have become glossy and richer in color and texture since her arrival.  She wasn't in as bad of shape as Raggedy, so the changes are subtle... but she's laying a little now and starting to put on weight.  All good in the neighborhood.