For years I've been aware of the health benefits of using fresh and dried herbs in a variety of settings.  Since beginning to raise chickens, I've also read and heard of so many benefits of various herbs used in natural chicken husbandry, that I am determined to plant a variety of herbs for fresh use this next spring.  I love the idea of allowing the chickens to freely choose greens from a garden area that includes various herbs that are rich in vitamins and minerals as well as various healing properties. 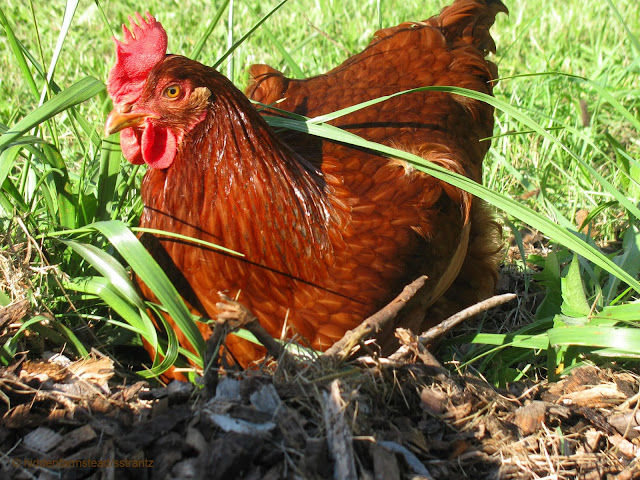 In the meantime, I've purchased various freshly harvested herbs to let the chickens eat throughout the winter along with other greens like kale and Swiss chard.

Last summer I learned about using certain dried or fresh herbs in the nest boxes mainly for the purpose of helping to prevent infestation by insects such as lice, mites, fleas, etc.  Depending on the herbs chosen, they can also have anti-bacterial properties, perform as natural wormers, have rodent repelling properties and help stimulate egg production.  It seems that even birds in the wild have been observed lining their own nests with various aromatic herbs when they're available! 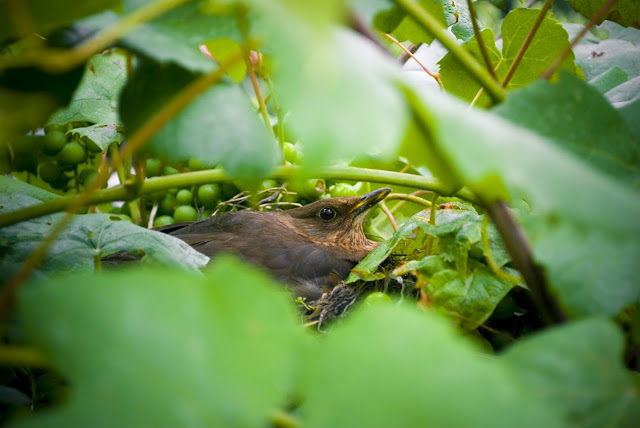 Knowing that a lice or mite infestation can cause a definite drain on a chicken's health, and also wanting to use the most natural husbandry methods possible, it made sense to me to take a proactive approach towards prevention rather than having to use more drastic measures to treat after the an infestation occurs.  To help achieve my goal of prevention, I provide a dusting box that includes some wood ash year-round.  I also began using herbs in the nest boxes. 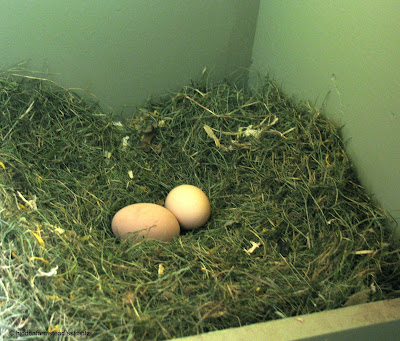 Though I may make my own blend in the future, when I first decided to try using herbs, I didn't want to have to purchase a large amount of individual herbs not knowing if I would even like the results.  It was too late in the season to begin growing in the garden but I wanted to start experimenting right away.  I was hoping to learn more about various herbs and possibly grow some that would be appropriate this coming summer.

I began to do some research and ended up reading about the  "Nesting Box Blend™" by Treats for Chickens and decided to purchase some to try it out.  After having used it since the end of the summer, I really like it and would definitely use this blend of herbs again if my garden didn't produce well (and maybe even if it did!)


When I started using the nest box blend, I decided to only put it into a single nest and let the girls choose if they would use it or not.  One of our old friends once stated that they had used a single herb in their nest boxes and thought that they were observing an allergic skin irritation so I wanted to be sure that wasn't an issue.  As soon as I put it in the box, every one of the girls wanted to get in there. I've since been using it in all the boxes and whenever I renew it they always scramble to be the first one in! 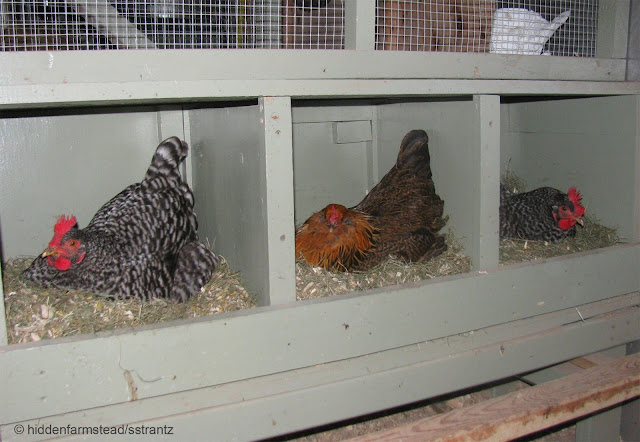 And I have to say that it smells absolutely wonderful!  Using only a small amount, the whole hen house just had a great smell - an unexpected but definitely welcome benefit! 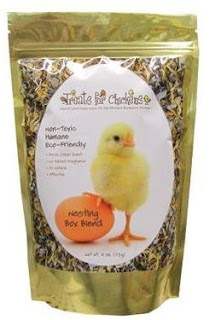 Our formula is antibacterial and anti-parasitic and also calming, soothing and healing.

Here's a run-down of the ingredients that are in the blend and a very brief note about each.  Additional information on each herb can be found at:  http://medicinalherbinfo.org/herbs/Herb-index.html

Lavender:  This herb has long been used for it's relaxing properties including calming a nervous or excited animal.  For centuries it was sprinkled on linens before storing them as a natural insect repellant that preserved from moths and other insect infestation while imparting a wonderful scent.

Chamomile:  Also used to calm and relax.  Among many of its health-restoring uses, it is effective in treating worms.  According to medicalherbinfo.com, it contains a form of calcium that is easily assimilated.

Bay Leaves:  The leaves are insect deterrents that are used to drive away fleas, lice, moths, and bugs in flour and cereals.   It also has anti-microbial and anti-fungal properties.

Eucalyptus Leaves:  Among its many other properties eucalyptus is a powerful insect repellent for man or animals. Dried, finely powdered leaves are used as an insecticide.

Oregano:  Used in the nest box as an anti-parasitic; also has anti-fungal properties.

Tansy:  Leaves are insecticidal and it is also used to expel worms.  Caution:  tansy should only be used in very small quantities.  Do not use this herb in a "do-it-yourself" blend unless you have experience!

Wormwood:  Repels moths and other insects.  Wormwood is another herb that should only be dosed and used with caution and experience.

Marigold Petals:  Insect repellant.  Marigold petals have many other uses including treating yeast infections, a  pain reliever for insect bites, and  part of a soothing skin ointment.  Contains phosphorus.

Catnip:  The Herbalist Almanac mentions that catnip was grown around buildings of farms as it was believed that the odor drove off rats.  It is insecticidal  and is also used to expel worms.  Catnip contains Vitamin A, B1, B2, B3, B5, B6, B9, and B12 and C. 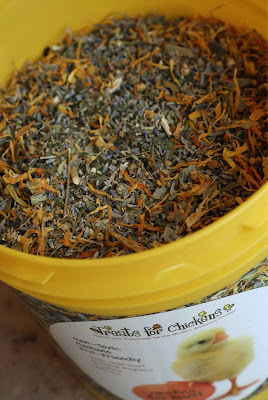 Posted by Bulldogma at 3:52 PM