Crossing the Road - The Adventure of Lucille the Chicken (Part I)

Note: While the Natural Chicken Keeping blog is touted as a down-to-earth, no-nonsense chicken keeping resource, there are times that a blogger simply must break away from the norm. Every now and then seemingly fantastical circumstances from real life set the imagination alight with possibility. The story of Lucille's disappearance and homecoming is just such a circumstance.

While we may never know the real story - whether it be mundane or possibly even more exciting that the imaginative blog version, what we do know is that one very normal, simple chicken had a very unusual and dangerous adventure... and survived.

Crossing the Road - The Adventure of Lucille the Chicken
(Part I)

I would like to introduce you to a rather extraordinary chicken by the name of Lucille.
Until only recently, Lucille was just your average yard chicken. Like other young pullets her age, Lucille was only just starting to lay eggs and when she wasn't laying eggs, Lucille spent her time scratching through the dirt, hunting for delicious bugs to snack upon, or dust bathing in a sunny spot in the yard with her friends Sif, Flicka and Raisin. (There is a joke to be made here about a Raisin in the sun, but I won't make it this time as this particular story is about Lucille and not her dear friend Raisin.) 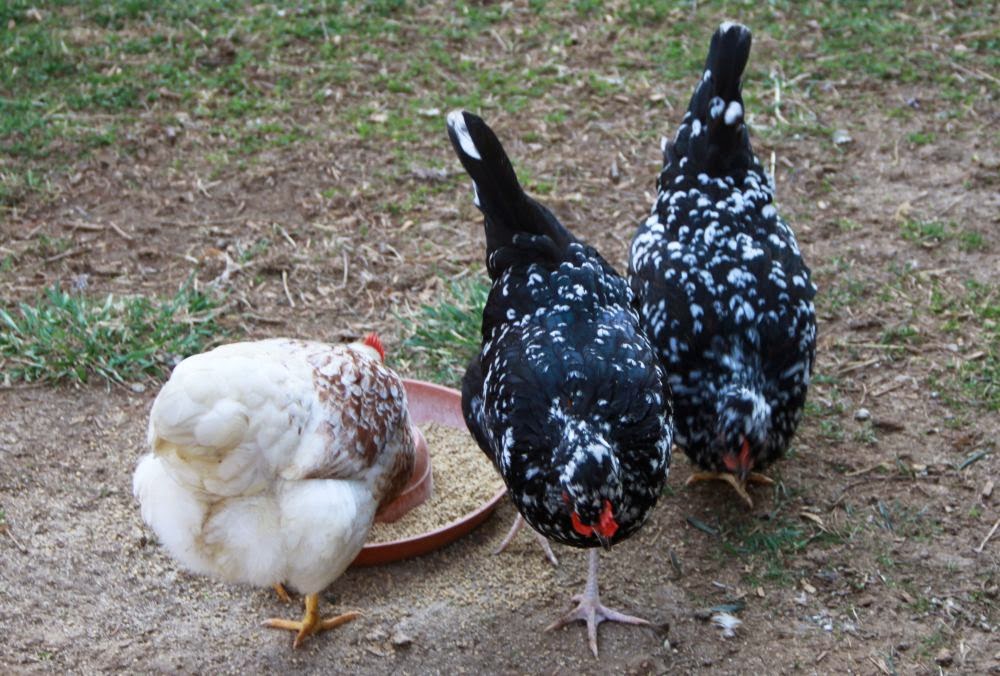 The weather in the Virginia mountains was finally losing its chill, but on this particular day the clouds blanketed the sky and prevented the sun's warm rays from caressing the still-sleeping flora below. Happy to be out regardless of the unpredictability of the late-winter weather, Lucille, Sif, Flicka and Raisin made their morning social calls to the older hens in the north part of the yard, and eventually circled back to their favorite spot on the south end of the yard near the edge of the forest. Nearby, fed by melting snow from higher up the mountain, the wide stream roared and tested its banks, drowning out all but a few other sounds. 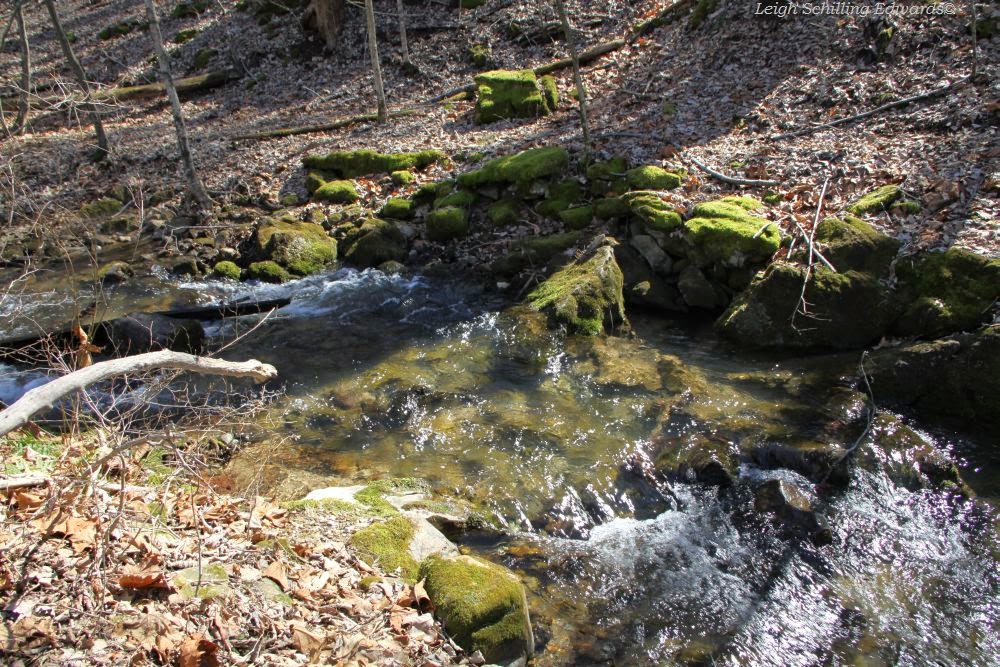 Surrounded by nature, the chickens felt safe and happy.

Making her way around a large pile of fallen branches, Lucille spied the slightest bit of movement under a leaf. She had come upon a nest of small beetles, just waking up in time for the arrival of spring. Scratching first with her right foot and then with her left, Lucille uncovered the quick little bugs and, in a flash, had eaten four of them as the rest scurried for cover. Intent on finding the escapees, Lucile did not notice the tense stillness that had fallen over the chicken yard. Without the sun, there was no shadow to warn her of the silent, hungry raptor above. A rooster gave a warning cry from the north end of the yard, but Lucille never heard it over the roaring mountain stream. Suddenly wind and beating wings were just above her and as she raised her own wings to help her flee, a searing pain ripped through her right side. 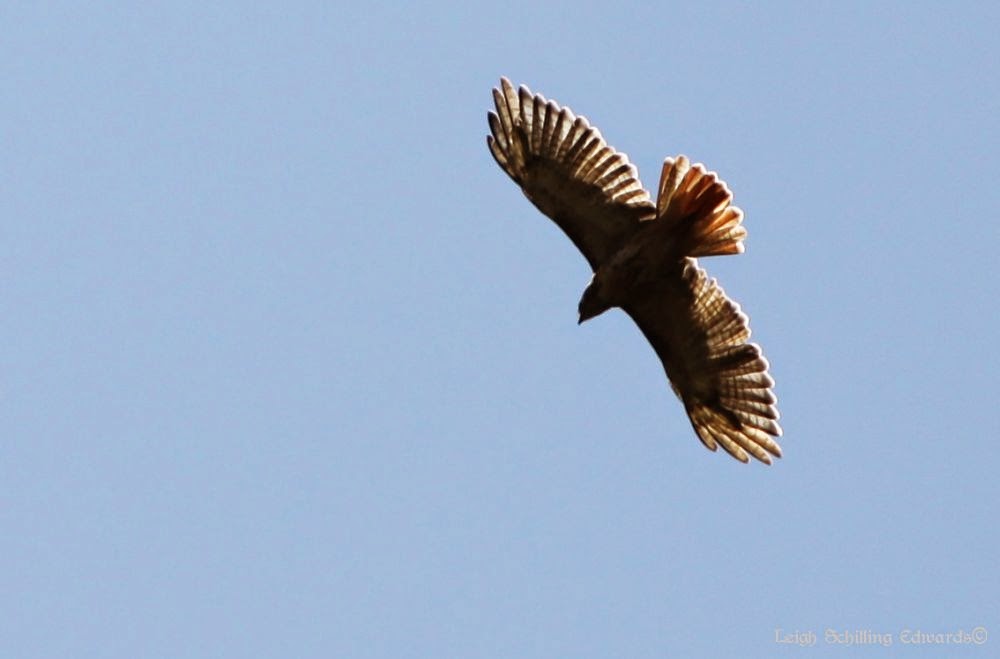 The ground fell away beneath her. Dazed and panicked, Lucile struggled and writhed within the hawk's sharp, steely grip. One talon dug in just under her right wing and the other had speared her breast. She was suspended upside down and was helpless to do anything but watch the earth and trees of the chicken yard slide further and further away. 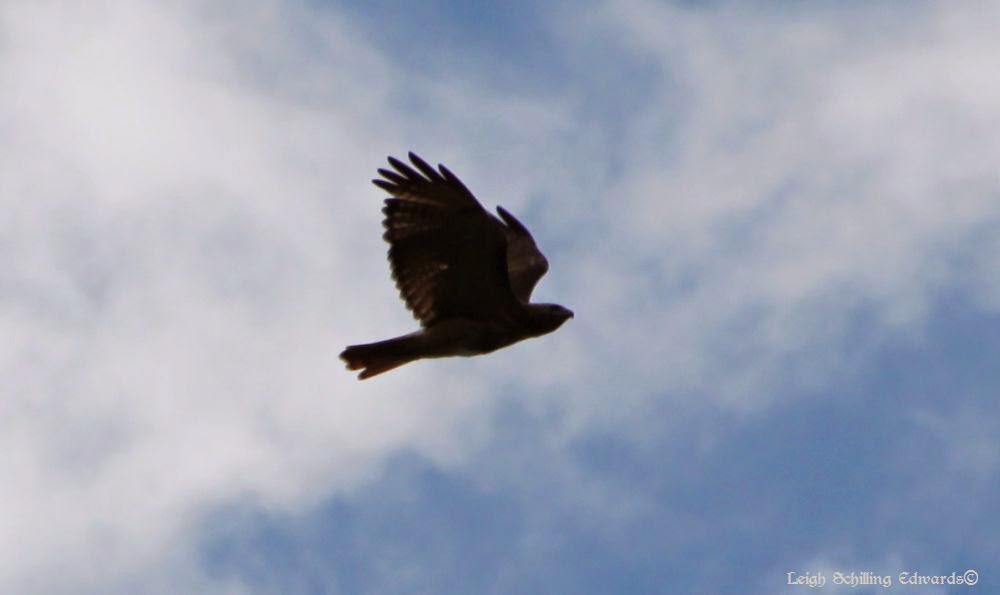 Hawks are intelligent birds, you see, for they know that chickens can not stay awake very long if carried upside-down. A sedated chicken is far easier to carry than a squawking, flapping, fighting chicken. Such was the plan of Lucille's abductor and such was the case for poor Lucille, who might have been able to keep track of her whereabouts if it weren't for her consciousness seeping away by the minute. The minutes and the miles passed beneath them as the hawk carried his drowsy prey ever closer to his nest.

Had Lucille surrendered to a merciful sleep, the story might have ended here, but that is not what happened, my friends! No. Using her last shreds of strength, Lucille slowly pulled her head upward and pulled herself back into consciousness just as the hawk came to light on a branch by the nest where his mate patiently waited for her lunch. As the hawk's talons relaxed their grip, Lucille sprang back to life, kicking and flapping as hard as she could. The two hawks stood, frozen in stunned silence, as the courageous little chicken propelled herself back and away from her attacker. In a flash Lucille had regained her feet and leapt to another branch just out of the hawk's reach. 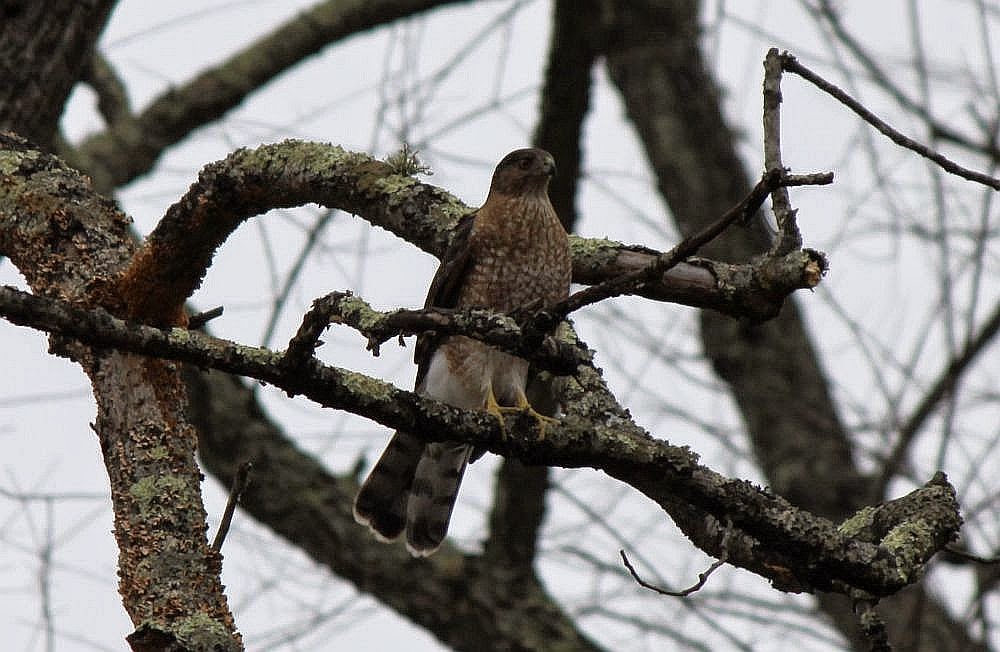 Taking no time to register just how high she was in a very, very high tree, Lucille jumped...