Crossing the Road - The Adventure of Lucille the Chicken (Part II)

If you missed it, please see:

Crossing the Road - The Adventure of Lucille the Chicken


Taking no time to register just how high she was in a very, very high tree, Lucille jumped...

Crossing the Road - The Adventure of Lucille the Chicken
(Part II)
Branches ripped at her feathers and face as she fell downward, through the tree. Lucile used her wings to help slow her decent, but it did not lessen the sting of the sharp, leafless branches as they slashed her face and pulled feathers from her sides. Finally, after what seemed like hours, her fall ended with a hard thump into the mud and roots at the base of the tree, knocking the air from Lucille's lungs. 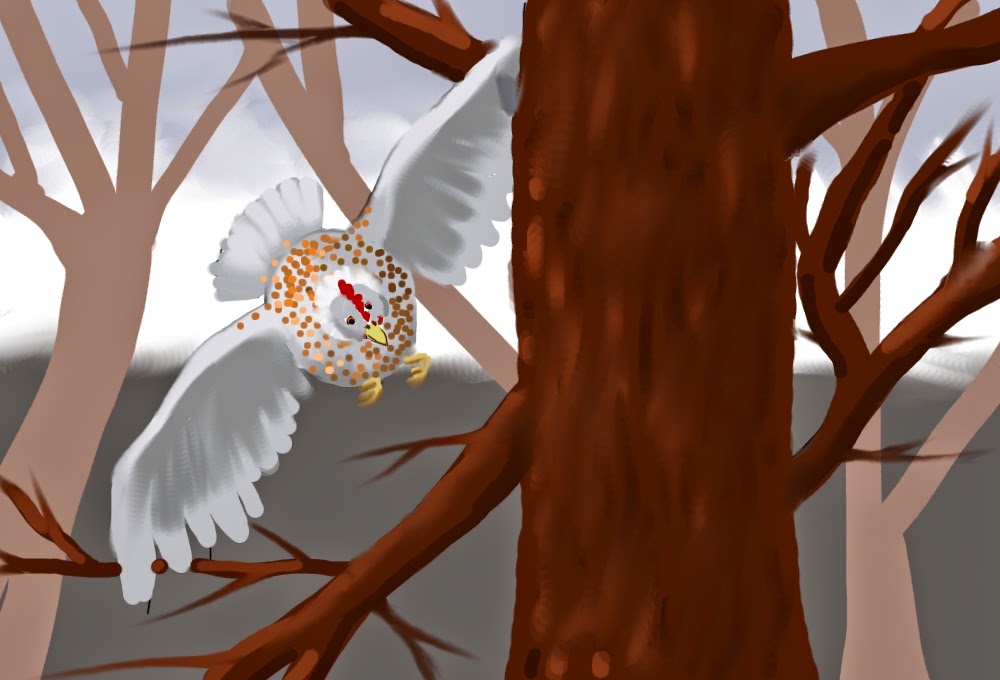 
Bruised and beaten, the dazed little chicken searched for a hiding spot. Her right side throbbed with pain and it was a struggle to get air into her traumatized lungs.

There!
There was a hollow spot between two roots of the tree from which she had just fallen. Scrambling on her aching legs, she made her way toward the spot with the hawk growing ever closer. She reached the hole and flung herself toward it with everything she had just as the hawk grabbed for her. The strong talons closed about some of Lucille's tail feathers, pulling her back... back...

Just as Lucille thought her fight was all for naught, her tail feathers gave way, allowing her to fall forward into the hole.

Plop! Lucille came to rest on soft, mossy earth beneath the tree. The angry hawk screeched and thrust himself after her, but his shoulders were too wide to allow him to fit through the hole. His cruel, curved beak was just inches from her, hungrily seeking her out in the darkened space.

Withdrawing his head from the hole, the hawk turned and reached a leg and grasping talons into the hole, again coming just short of reaching the small, frightened chicken. For the next hour the hawk turned this way and that, trying to reach his prey. As exhausted as she was, Lucille used what strength she had left to hold herself flattened against the back of the shallow cave. Had she relaxed or fallen asleep, there is no doubt the hawk would have grabbed on to her and dragged her out. 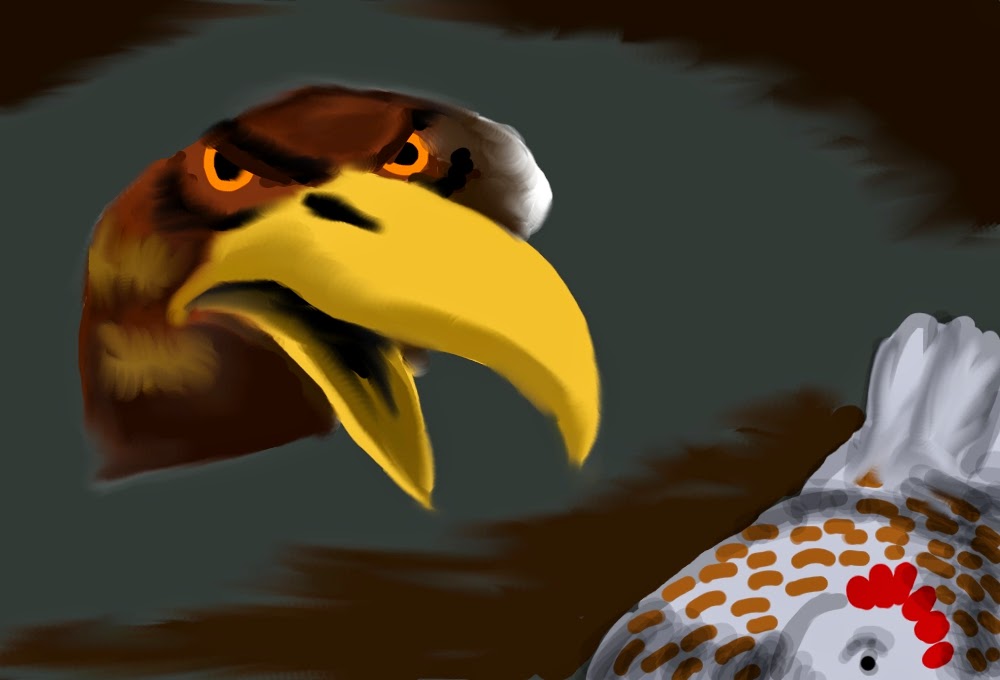 Finally the hawk left the hole and flew up to perch on a branch where he could watch for Lucille to emerge again.

Given her temporary reprieve, Lucille allowed her eyes to close, and slipped into a fitful sleep.

Posted by Bulldogma at 2:22 PM