Just last week, I was standing in my yard, looking at my favorite pullet, feeling sure I’d have to euthanize her. Hope (an Easter Egger) had suddenly developed a case of wry neck which had gotten progressively worse over the course of the day. I ended up treating her condition not with the recommended regimen of vitamins, but with a spice that is a medicinal powerhouse in the human world. Here is her story.
Day 1. I opened the main coop and stepped aside for the stampede of chickens to their morning rations. As always, Hope did her cute half-run, half-fly thing that often gets her to the food dishes first. She seemed fine.

About 15 minutes later, my son was giving them fresh water and called my attention to her. She was off by herself. Her neck had the classic curve of mild/early wry neck. But at the time I had no idea that’s what it was.

An hour later, she was resting her head on the ground and could barely walk. I picked her up, and she was limp in my arms, making distressful sounding noises. 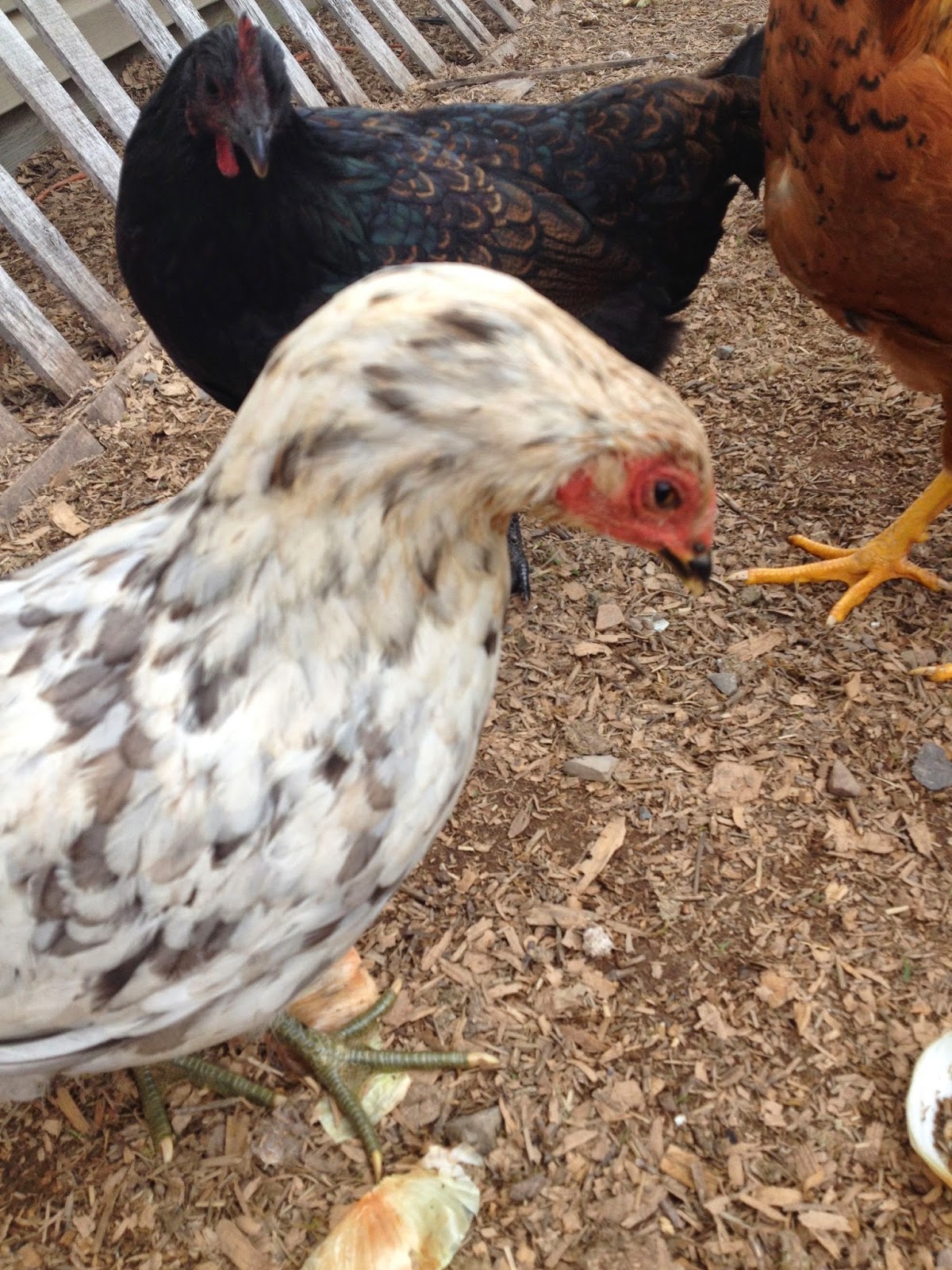 I went online to my favorite chicken group to ask for advice. The members helped me identify the problem as wry neck and pointed me to the typical treatment protocol. At the time, the only thing I was doing for Hope was making sure she stayed in the shade (it was almost 90 degrees) and helping her drink water periodically. By the end of the day, she was unable to eat. That’s when I thought I would have to put her down.
When I first decided to get chickens, my plan was that I would have a working flock of only the strongest birds. I was not going to treat for anything other than basic first aid or something that might decimate my whole flock. I simply do not have time to coddle any chicken. I thought about tube feeding Hope and the intensity of the vitamin regime over the course of weeks with no guarantee of success. I couldn't see myself doing that... But it was Hope. A sweet girl who had won my heart. Honestly I hoped (and expected) she would pass overnight so I wouldn't have to make the decision. That evening, I helped her drink more water and get settled on the floor of the coop for the night.
Day 2. Hope's body was lying under the roost the next morning. I thought she was dead, and I was both sad and relieved. But then she started struggling to get up. Her neck was twisted in a loop, so her head was upside down in "stargazer" mode. I picked her up. She just laid there and twitched in my arms.  It was the most heartbreaking moment of my chicken-mommy life. I carefully untwisted her neck, brought her in and put her in the bathtub. Circumstances prevented me from going to get vitamins and a syringe until the next day. But I needed to do something. As fate would have it, I had written an article two days prior about the spice turmeric and how it can treat hundreds of medical problems in people. Research has shown turmeric to have powerful anti-inflammatory and antiviral properties, among other things. So I decided to try it on Hope. 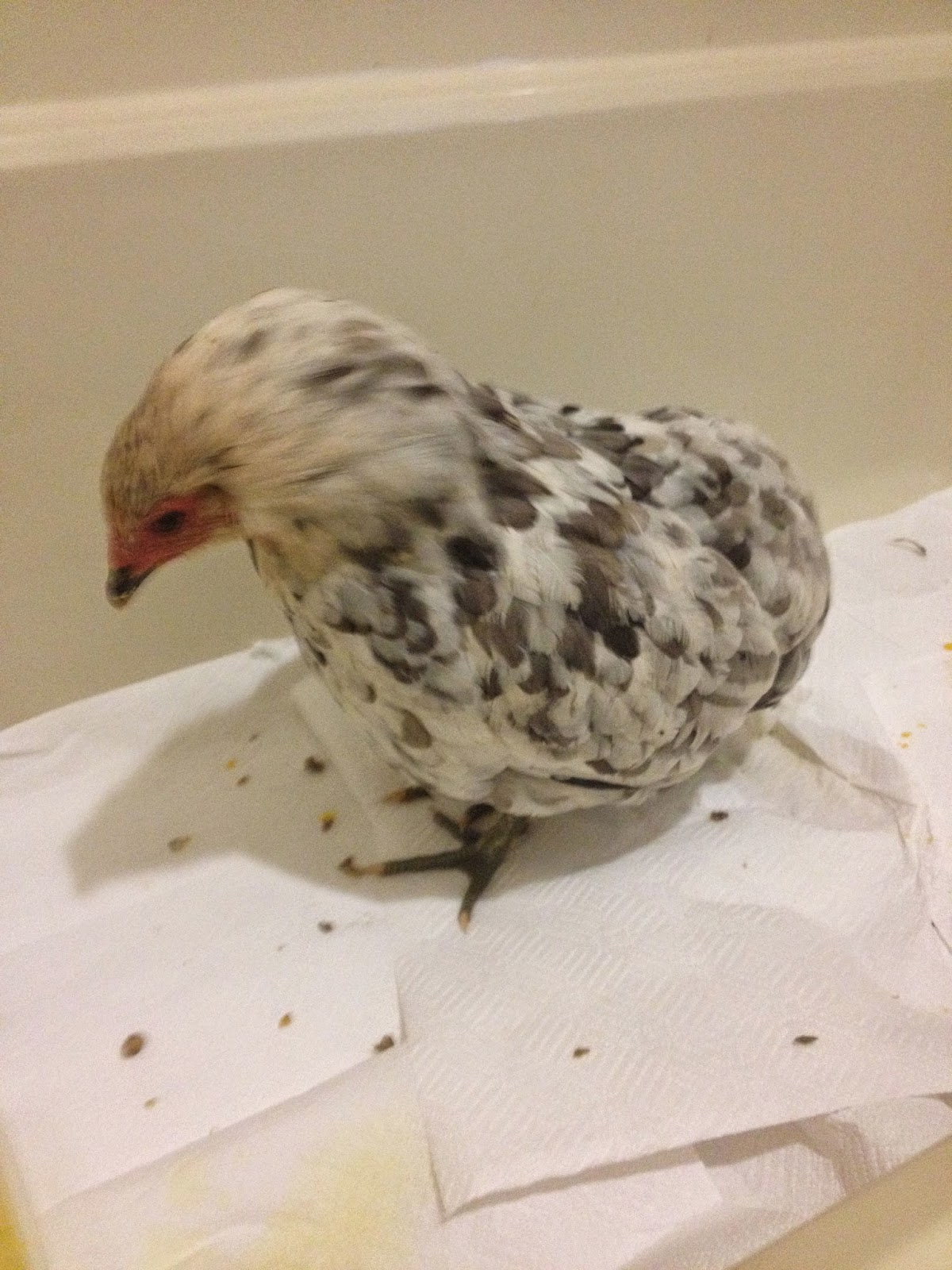 I made full strength turmeric tea and let it cool. Then every half hour I'd help her take small sips until her neck got tired. Then I'd wait a few minutes and offer her water. A couple hours later, she had enough strength to eat. I held a plate of scrambled eggs chest height, so she wouldn't have to bend her head down so far. A couple hours after that, she was taking tentative steps toward the food and water dishes. By that evening, the bend in her neck was significantly better, and she was able to hold her head up for longer amounts of time. I was beginning to have hope for Hope. I let her drink more tea before bed. My prayer was that she'd maintain her progress overnight. It still seemed impossible that she was recovering so quickly. 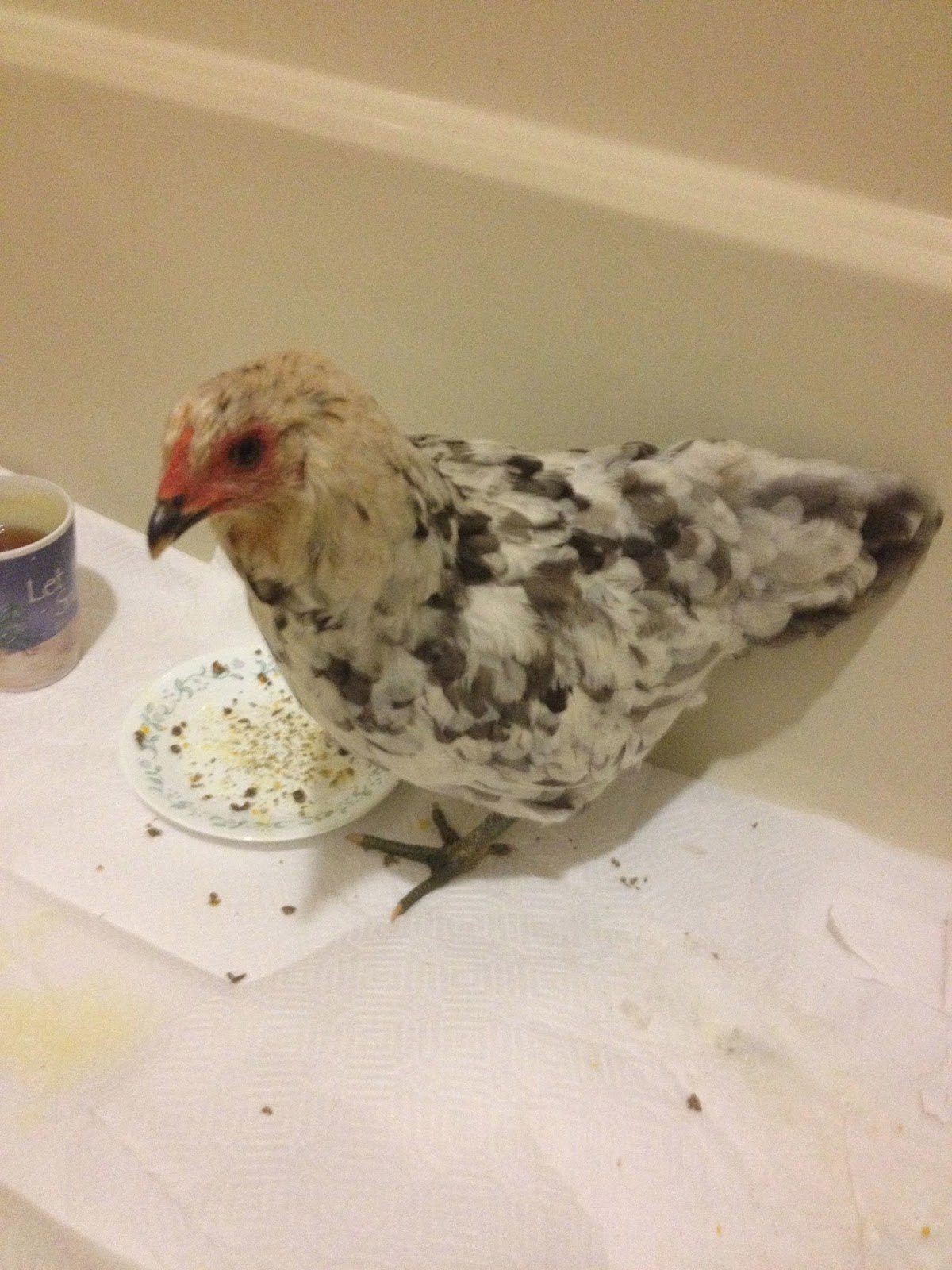 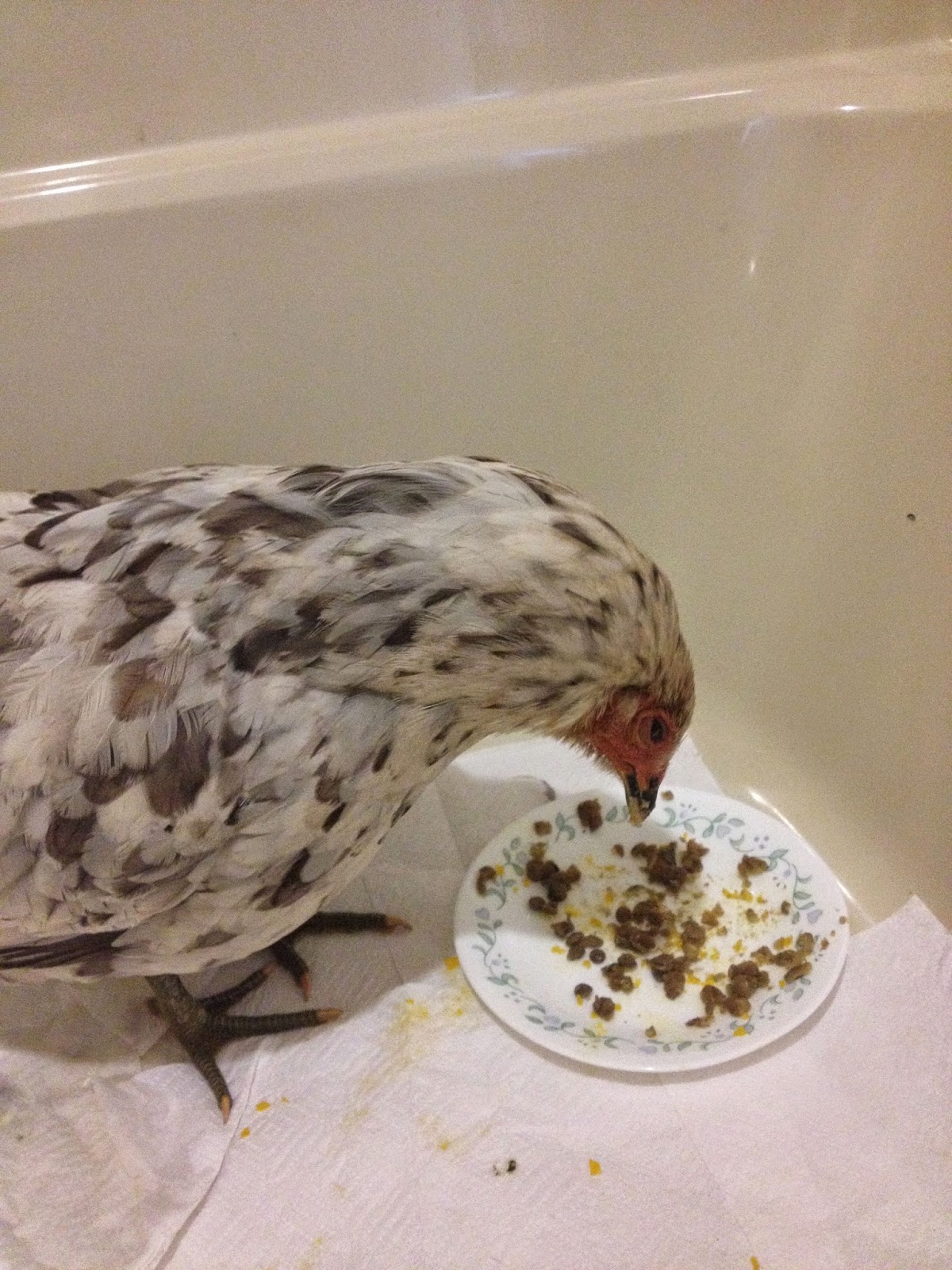 Day 3. I was astonished to see her standing up to greet me when I came into the bathroom. Her neck looked like she had never had a problem! I picked her up, and she flapped around and cooed at me. I celebrated her recovery with my kids. We were going out of town for the day and had planned to take her with us so we could continue treatment. But she was hopping out of the bathtub, so we put her back with the flock. I admit I worried that she'd regress while we were gone. But she didn't. In fact, when we came home, Hope jumped up on the gate to see us - with her neck perfectly shaped, her head held high, making sweet happy noises.


It’s been a week since this occurred, and Hope is still doing well. She’s back to run-flying to the food every morning, standing on the edge of the water bucket and leaning down to drink, and putting the young roos in their place. A complete success! 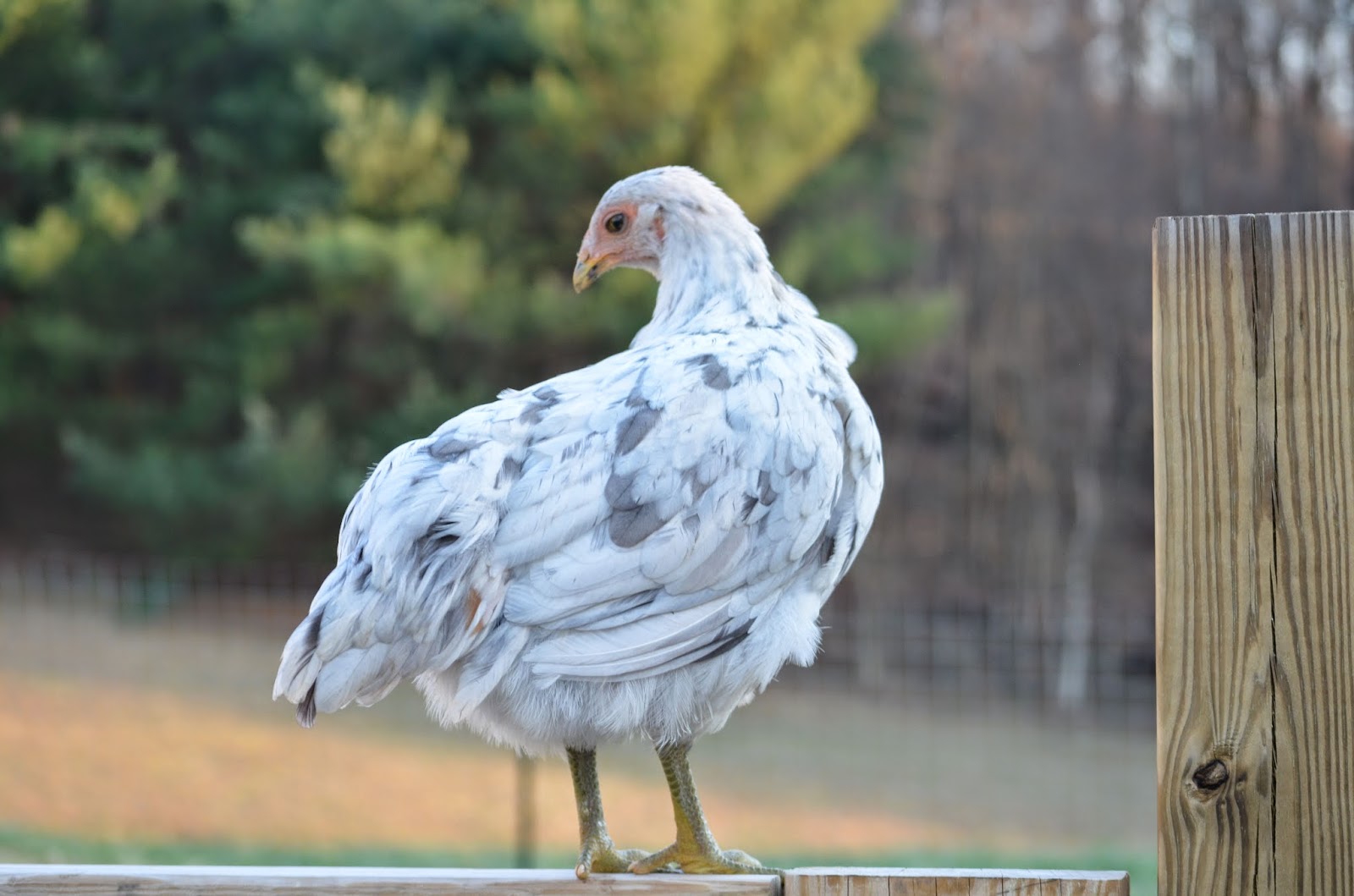 So here are the treatment specifics. I used Turmeric Vitality Tea (which can be found here: http://www.lostrivernaturals.com/-SUPER--TEAS-.html), prepared it as directed for humans, and gave it to Hope full strength. My disclaimer is this: Turmeric Vitality has secondary ingredients like ginger root and clove oil to support the work of the turmeric. You have to decide if you want your chickens to have those too. I’m not a vet, so use your discernment for your flock.

*** If you do want to try Turmeric Vitality, the owner of Lost River Naturals has been kind enough to offer 10% off your tea when you mention this blog post. ***


If you want to skip the extra ingredients, you can find many recipes for turmeric tea online. The ratio of spice to water in the tea I made for Hope was 2 teaspoons to 8 ounces. Turmeric can be found at most grocery stores in the spice aisle. It is intensely golden yellow, so it’s hard to miss.
Since turmeric supports the immune system and brain function in general, I might start occasionally sprinkling it on their food or adding tea to their water.

Be sure to comment and tell us if you currently use turmeric with your chickens. And if you use this protocol for wry neck, come back and share your experience.