Guide to Feather Anatomy and Coloration

I've seen a number of people who are new to poultry asking, "What is ______?" Fill in the blank with any color or feather type or part found on a chicken.  Hopefully this post will provide a good reference for all your future feather questions.


The FIRST thing I will recommend, if you want to breed any American Poultry Association recognized varieties of poultry, is to get a copy of the Standard of Perfection (SOP). Any edition will do as many of the breeds haven't changed in years, though newer volumes will have more recently added breed varieties. You can order the most recent edition directly from the American Poultry Association by clicking here. Many breed association websites will also go into detail for the various recognized varieties.

I'm not going into great depth here, just covering some of the basics. If you want to know more, you have the greatest research tool at your fingertips. It's called the Internet. Google is your friend. If you want to know something, type in what you're looking for and you'll find way more than what you wanted to know. LOL

First, the general parts of a chicken. This part is easy. I found the following image at: http://files.backyardchickens.com/graphics/chickenparts.gif and it does a pretty good job of showing all the anatomical terminology. When reading the Standard of Perfection for any breed, it will give specific descriptions of the important areas for each breed, variety and gender -  if there are differences between them. Some varieties will be the same for both sexes and noted as such (for example, solid colored birds). 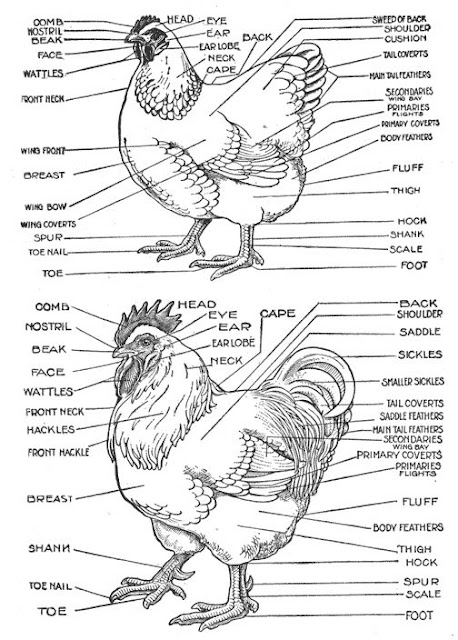 Next is a diagram showing the feather categories of a wing, found at http://theprophetandtheliar.tumblr.com/post/13458043137/chapter-03-animal-anatomy. This is a great place for some comparative anatomy between humans and some other animals, and I recommend it for anyone interested in knowing the similarities and differences. Some breeds will have color variations within these groups of feathers, so knowing which feathers you are looking for is important. 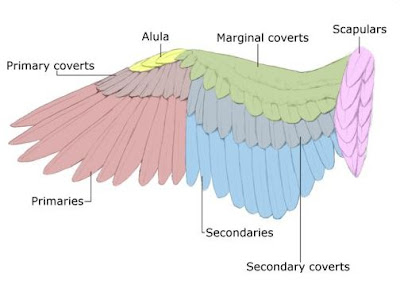 Now for the anatomy of a single feather.  I don't remember where the original version of this image came from, but it has been edited slightly with the more common names of the components. 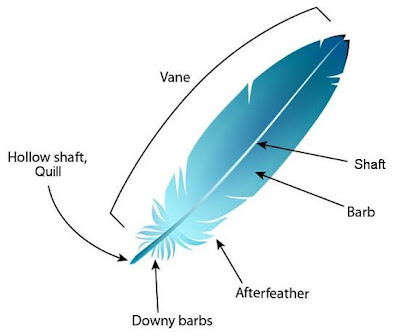 And even more detail of a feather. All chickens have normally barbed feathers with the exception of Silkies. Silkies lack the barbules that hold the individual feather barbs together. When someone refers to a "hard feathered" or "soft feathered" bird, it is a reference to the stiffness of the shaft of the feather. The Old English Game Bantam is considered a "hard feathered" breed, where the feathers are held tightly to the body. A Cochin would be a "soft feathered" breed, having a much looser, rounded appearance. 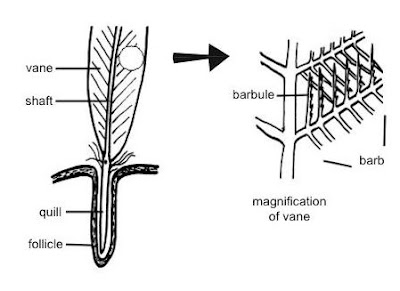 The last thing I will mention here is color pattern. There seems to be a great deal of confusion among them as some breeds may refer to one or the other with different names. For example, Penciling. In Cochins, the Partridge variety is penciled. Some descriptions in the SOP also refer to stippling, which appears as a very small pattern of dots on the surface of a feather, similar to what you see at the base of the feather labeled "Mottling." This brings up another point. In some varieties, a Mottled bird has solid white feathers interspersed with colored feathers, rather than just tipped in white as shown below. The feather shown below, in my opinion, is more indicative of a Mille Fleur type pattern, where the base of the feather is a shade of buff, red, or brown, with a black chevron edging a white tip.

The SOP also mentions “Shafting” for some varieties. This is simply where the feather shaft is one color and the body (vane) of the feather is another. This is required for some varieties, and considered a fault for others. Again the SOP is a handy resource for knowing what is required for the breed you are working with, to give you an idea of what you are looking for. 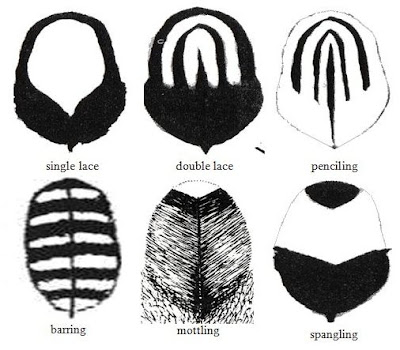 The last thing I will mention here is how to use the SOP. So many people get hung up on the feathers and colors of a bird, that the basis of what MAKES that breed can get lost. When you read the SOP, the breed description appears in order of importance. First is the overall shape, size or weight of the bird. Next would be the head, feet, wings and tail. These details include tail angulations, number of points on a comb, how tightly the wings are carried, and number and placement of toes (most breeds have 4 toes but some have 5). The last thing described in the Standard is coloration. 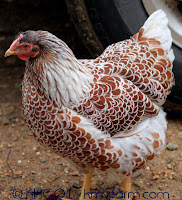 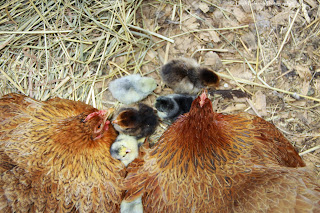 Hope this was helpful. If only one person gets anything out of it, then my time was well spent in typing this up. And remember, "It costs less to raise the best." A quote from my mentor and advisor, Dr. Bob Hawes from the University of Maine in Orono. I blame him for my love of poultry, and Cochins in particular. Thanks Dr Hawes.