Dear Bee,
In your last post you said that you cut the layer rations back as it goes from hot weather into the cold months.  I understand the theory for that. As of now I have been giving half layer pellets & half scratch, black oil sunflower seeds, oats mix.   Since one of the hens just started laying should I increase the layer rations some in the fermented feed? I know this time of the year when laying slows, but what about nutrition for hens new to laying? 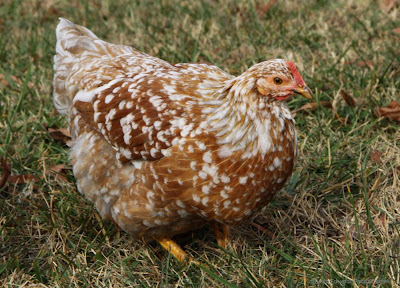 I would leave it as she lies.  I don't adjust to the individual hen but to the flock.  If they all start laying, you can up that layer feed a little but I wouldn't go whole hog on it.  You really want to get them in a cycle like the one described in the last post and young hens will lay in the winter when only a few layer type birds will be doing so.  I don't accommodate that as much as others would because it's just a hen’s starter eggs.  They don't need the better nutrition until they are going into reproduction instead of just production.  I'd see how they go along on your ration you have now and up it when the season flows.  Every year I have new layers laying in the winter ~ and some of the oldsters ~ and I do not adjust my ration for them... and they lay right along just fine. 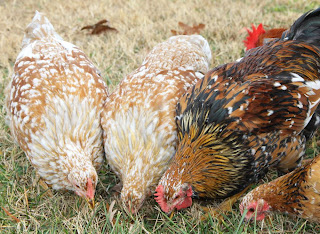 Dear Bee,
I keep food Hi-Lay (20% protein they are just finishing their molt I plan to switch them back to 16% after this bag is gone) pellets in the feeder in the run at all times. Should I not? 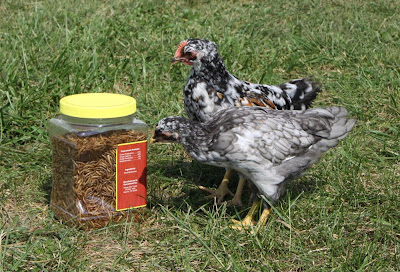 (Just look at the protein in those things!)
Bee’s Answer:

I'd cut that ration a little right now, if you can, with some lower protein whole grains.  Barley is a good one and the chickens love it ~ and it's cheap.  Win/win/win.   A 50/50 ration would be good. 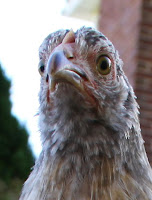