Medicated chick feed is sold under the premise that it will keep young chicks healthier and free of coccidiosis. When I was raising my first batch of chicks, everything I read seemed to detail warnings of all the horrible nastiness chicks are susceptible to and might die from. Like many other chicken newbies, I wanted to do what was best for my chicks. I didn’t want them all to die of disease. 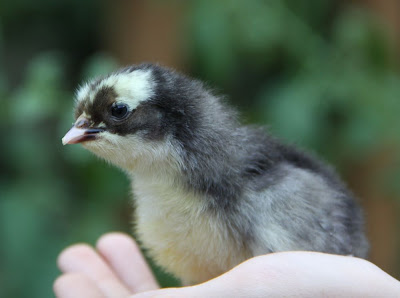 I shouldn’t have worried so much! Chickens have been around for thousands and thousands of years. If they were that susceptible to disease, the species would have gone the way of the dodo eons ago.

To make an informed decision as to whether or not to use medicated chick starter feed, one not only needs to understand how the medicated feed works, but also how chicks work, so to speak.

Chickens & Coccidiosis:
Coccidian protozoa are present in the intestines of all chickens. Chickens do not become symptomatic of coccidiosis unless there is an overgrowth of the protozoa. If a person is utilizing natural preventative health measures (unpasteurized apple cider vinegar – U-ACV - in the water, fermented feed, an occasional dollop of plain, organic Greek yogurt in feed, a healthy deep-litter method and at least 3 weeks+ of quarantine of any new birds introduced to the property) it is unlikely that they will ever see an outbreak of coccidiosis in their chickens.

That said, it is possible that stress, changes in weather or changes of feed can set the illness off. Also birds with poor genetics or compromised immune systems may develop an overgrowth of cocci for no apparent reason. A bird like that should be immediately removed from the flock and isolated. (*ANY bird appearing sick or sluggish should be immediately removed from the flock and isolated! Don’t wait for specific symptoms.) Cocci oocysts are shed in the feces, so any feces from that bird should be removed from areas where other flock members sleep or roam… though healthy older birds often have a good, natural resistance to cocci already developed. The rest of the flock should be watched carefully in the following days. 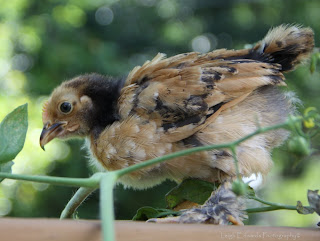 Don’t mistake natural shedding of the intestinal lining that is sometimes present in chicken feces as blood. This is a common newbie mistake (and one that I, myself, once made). An infected chicken will look puffed up, have bad diarrhea and usually the bloody feces will be more blood than poop. If you are using good preventative measures and not introducing new birds to your flock, you may never see a true case of coccidiosis.

How Medicated Chick Starter Works… and Why You Shouldn’t Use It:
The popularity of medicated chick starter feeds grew as a result of the meat and egg industries. When companies are raising literally thousands of birds in cages housed in large warehouse-style buildings, there is not a lot of “Natural” anything going into the raising of the chickens. The environment alone can cause issues and illnesses in the chickens, and these big companies must “protect their investment.” Thus, they make a preemptive strike, dosing the chicks with antibiotics and amprollium – a drug that blocks thiamine uptake, thereby preventing the carbohydrate synthesis necessary for cocci to grow.

Medicated chick starter feeds almost always contain amprollium, and sometimes contain other antibiotics. If a person is trying to raise organic chickens – or at least utilize natural chicken keeping methods, these drugs and antibiotics are fully contrary to that goal.

Just like using chemical wormers can create chemical-resistant “super worms,” using unnecessary antibiotics can play a role in the creation of antibiotic-resistant infections. (Not something most of us desire in a flock of chickens.) 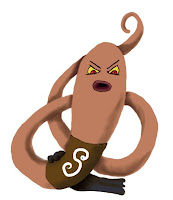 And there is another large factor to consider with amprollium. This drug’s main purpose is to block thiamine uptake. All living things need thiamine – which is also known as vitamin B1 - in order to grow and be healthy.

According to the Merk Veterinary Manual:

"Polyneuritis in birds represents the later stages of a thiamine deficiency, probably caused by buildup of the intermediates of carbohydrate metabolism. In the initial stages of deficiency, lethargy and head tremors may be noted. A marked decrease in appetite is also seen in birds fed a thiamine-deficient diet. Poultry are also susceptible to neuromuscular problems, resulting in impaired digestion, general weakness, star-gazing, and frequent convulsions.

"Polyneuritis may be seen in mature birds ~3 wk after they are fed a thiamine-deficient diet. As the deficiency progresses to the legs, wings, and neck, birds may sit on flexed legs and draw back their heads in a star-gazing position. Retraction of the head is due to paralysis of the anterior neck muscles. Soon after this stage, chickens lose the ability to stand or sit upright and topple to the floor, where they may lie with heads still retracted. Thiamine deficiency may also lead to a decrease in body temperature and respiratory rate. Testicular degeneration may be noted, and the heart may show slight atrophy. Birds consuming a thiamine-deficient diet soon show severe anorexia. They lose all interest in feed and will not resume eating unless given thiamine. If a severe deficiency has developed, thiamine must be force-fed or injected to induce eating." 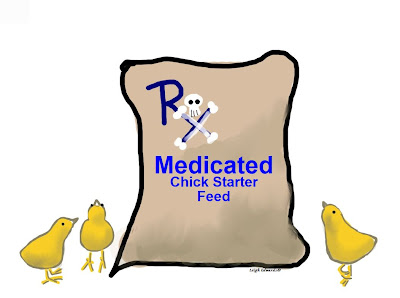 Gee… doesn’t that sound lovely? (Not!) In young chicks, the “splay leg” condition can sometimes be attributed to a thiamine deficiency if the chick has not been kept on a slippery surface. Now, that is not to say that feeding medicated chick feed will cause a thiamine deficiency, but unfortunately it did in one of my own chicks (that quickly recovered after being taken off medicated feed and having vitamin B1 supplements in the water).

In short, your chicks will be far better off if you diligently practice good, natural chicken keeping methods. Use that U-ACV, feed fermented feed with good, live cultures and quarantine any new birds brought onto your property for a minimum of 10 days. If you’re doing all of that, chances are you won’t ever have to worry about most of those scary-sounding diseases you read about on the internet! 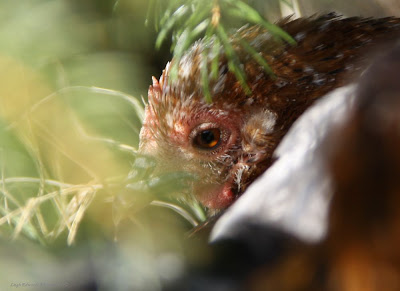