Signs of a Stroke in Chickens - Yes, Chickens Can and Do Have Strokes.

Many of you will remember my post about my gyandromorphic chicken. You can read the post HERE if you would like to. Since the writing of the article, we named the chicken Italy. We couldn't call it a he or she and didn't want to keep referring to it as "it" so somehow "it" morphed into "Italy" over time.

Now I'm not so sure if Italy was truly a gyandromorph. It/he certainly may have been, but the more likely scenario, based upon recent developments, is that Italy may have had a chicken-y form of Cerebral Palsy. 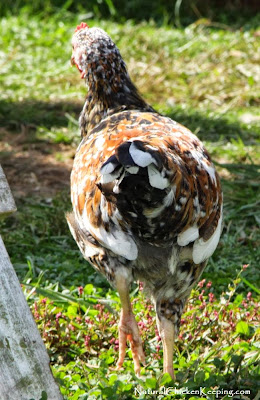 Italy had a decided tilt to the left, and a very awkward, jerky gait. His/its tail bent to the left side and there is no question that normally I would have put a bird like this down... BUT... 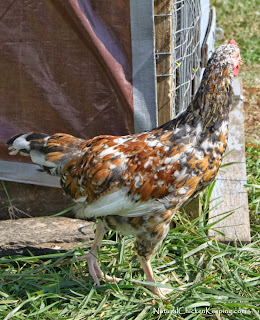 ...but... Italy was the sweetest, most friendly chicken I ever met. Italy ran to me for snuggles every single day. Italy wanted to be held, pet and spoken to... endlessly! Not a common trait in chickens.
(I will refer to Italy as "he" going forward to simplify things.) 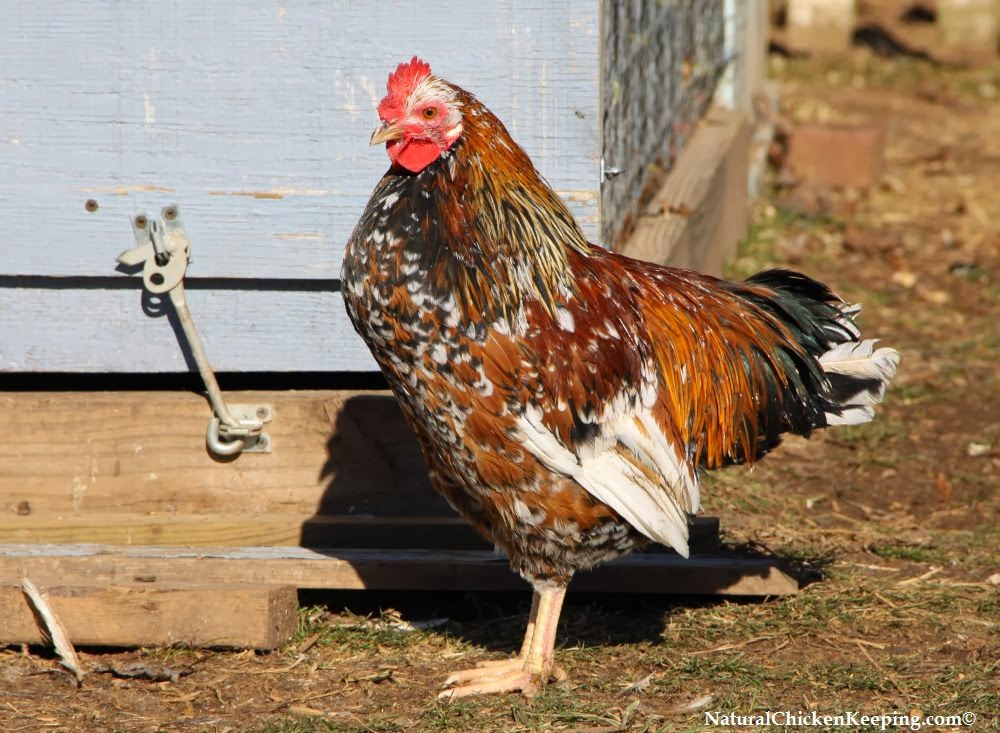 The above photo is a picture of Italy at 8 months of age. As you can see, he developed a hen-size comb and wattles, and the sickle feathers never grew or fully developed on his tail. Italy's spurs never began to develop whatsoever... but he did have quite a bit of male plumage as you can see by his hackle and saddle feathers. For comparison, here is a picture of Italy's half brother, Mace, at about 6 months of age (younger than Italy is in the above photo) on the right and an 8 month old Swedish Flower hen on the left: 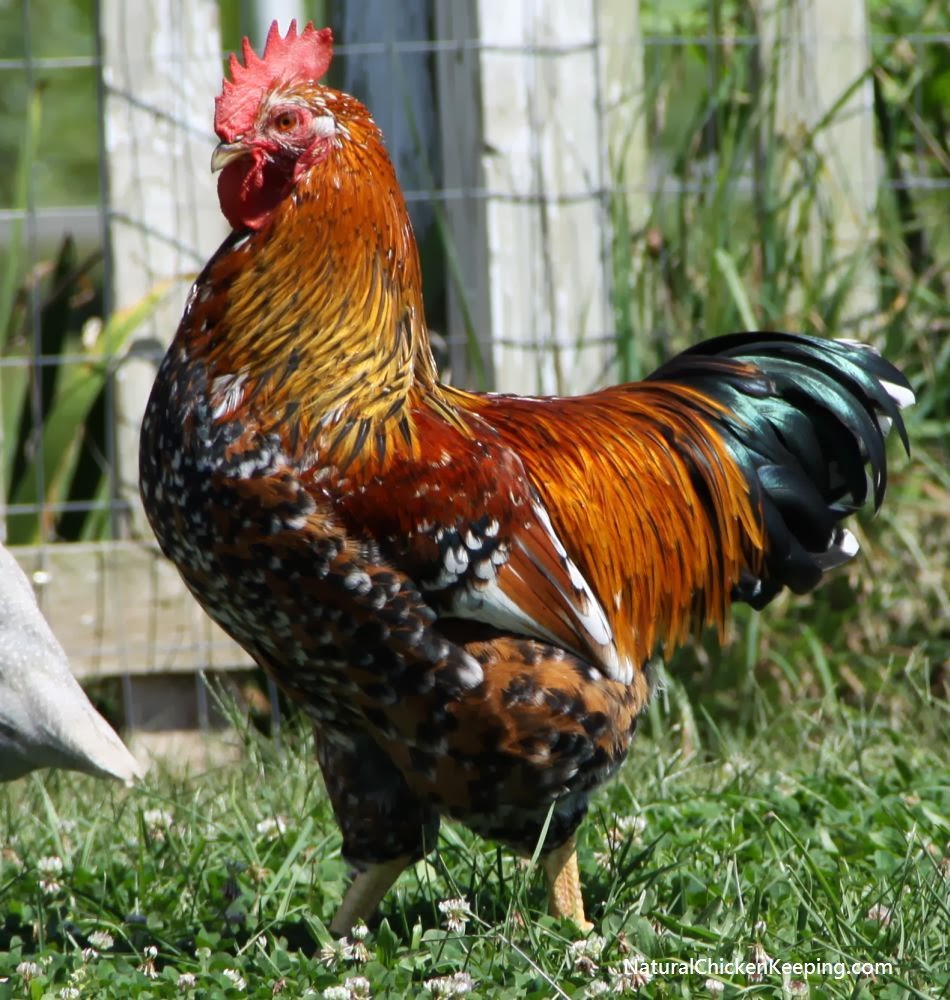 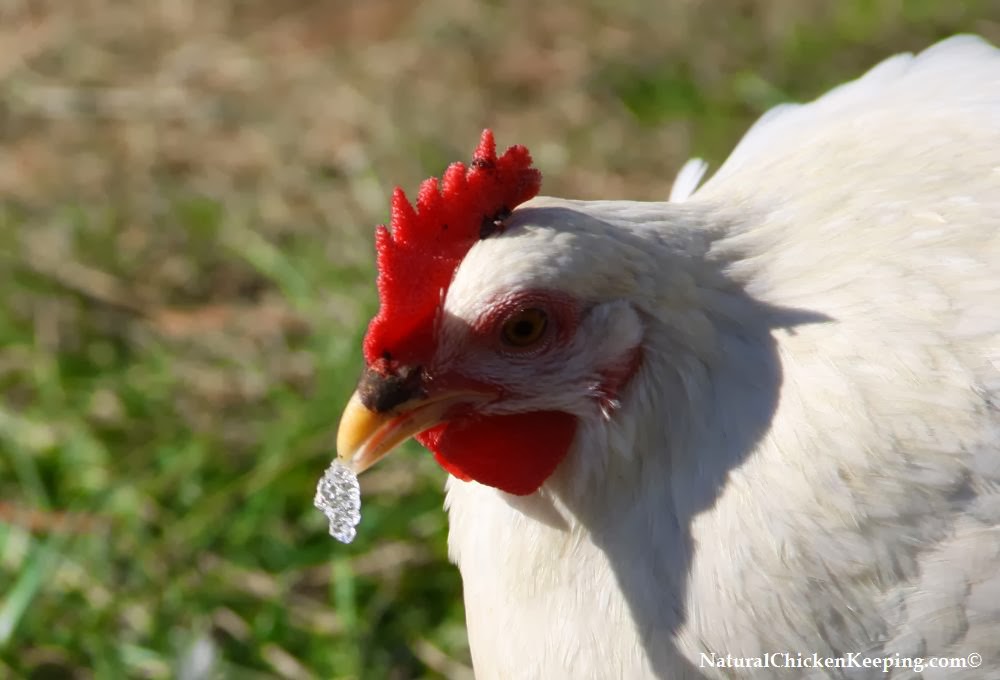 Don't mind the hen's dirty beak. She just climbed out of a dust bath to snack on some ice.

As you can see, Italy did have traits and similarities to both sexes... but was it due to gyandromorphism or a form of Cerebral Palsy?

I had no plans of allowing this bird to breed or reproduce, but that never ended up being a concern.

Italy did crow a few times, though it sounded more like a honk than a crow. He never showed any interest in breeding, and would spread his wings over younger chicks on the roost at night, much as a mother hen would. The older chickens didn't seem to mind his presence - not even the roosters who would normally chase off or beat up cockerels that came too close. Italy was almost treated like a mascot by the flock and didn't seem to be subject to the same pecking order rules as the other chickens.

About 4 days ago I went out to the chicken yard to find Italy on his side, unable to get up. When I stood him up, his left wing drooped and was dragging the ground. My thought at the time was that perhaps the adult roosters had finally decided to beat Italy up and wrenched his wing.

Over the next few days, it became evident that the whole left side of Italy's body was not functioning properly. He held his neck at an odd angle, couldn't walk well and would miss the bowl completely when he was trying to eat. His eyelid drooped and his tail was even more cockeyed. All signs of a stroke.

He spent his last days in the house where he received lots of love and attention. He wasn't in pain, seemed happy enough and even seemed to be recovering and slowly regaining use of his body. His wing didn't drag the ground any more, though it still drooped significalntly. Each morning he would greet me excitedly when I walked into the room, clucking (like a hen) through the wire of his temporary cage.

But this morning there was no clucking... no chicken craning its crooked neck to see me... and I knew then and there that sometime over night, one last stroke had taken him.

Yes, this bird should have been culled as a youngster - as soon as I realized something wasn't right with him. But do know this - even though he wasn't like all the other birds, he was still a very happy bird. He was always sweet to the younger birds and he did all the things the other birds did during his 8 months on earth. If I had thought for a moment he was suffering or unhappy (or if he had gotten mean) I would have culled him. As it was, he was the happiest, most well-adjusted chicken I have ever had the pleasure to know. 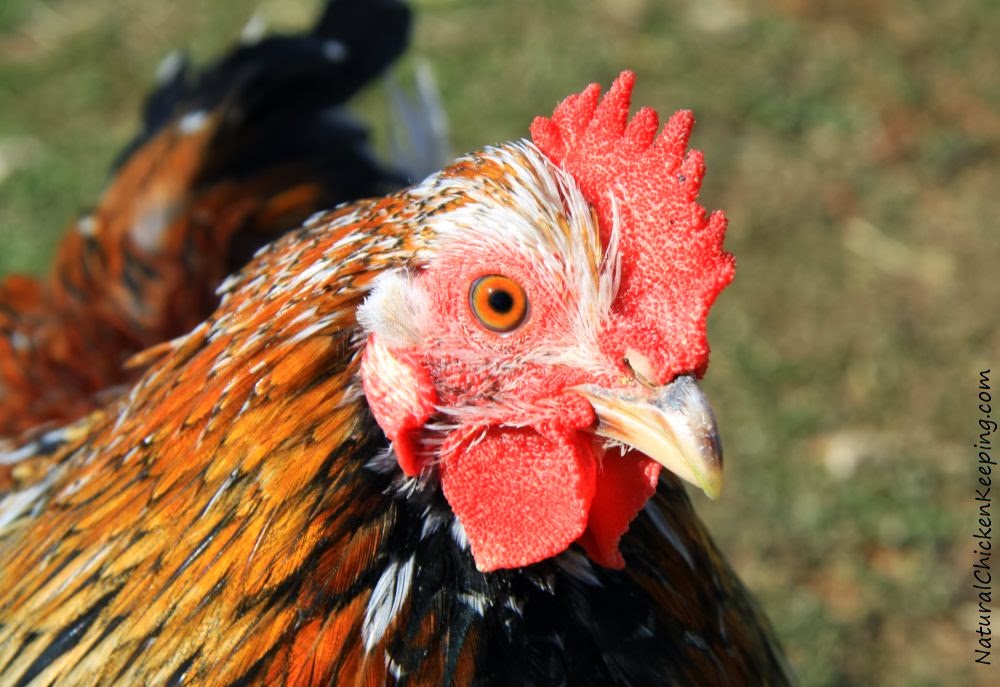 So - was Italy a gyandromorph or just a chicken with a form of Cerebral Palsy? Like the "chicken and the egg" question, we will never know. It's possible he was a mosaic gyandromorph and that his differences caused some brain damage while he was developing in the egg. Or perhaps gyandromorphism caused his awkwardness, lopsidedness and ultimately caused a series of strokes. Maybe he was just a wonderful chicken with CP. What ever the case may be, and as deeply as I believe in culling weak chickens from my flock, in Italy's case I wouldn't have done anything differently.