Unclear Gender/Sex? Is My Chicken an Hermaphrodite? The Story of the Gynandromorph Chicken 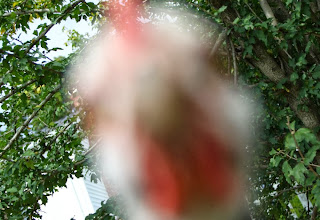 Scientists believe that Gynandromorphism in chickens happens when two sperm fertilize the same egg. It is somewhat rare, happening in 1 of every 10,000 chickens. If you meet enough chicken people, sooner or later you will hear tales of a chicken of questionable sex. And as it so happens, you are currently reading a story on a blog of someone who has a Chicken Of Questionable Sex... so we'll just call this chicken "Coques" for now. 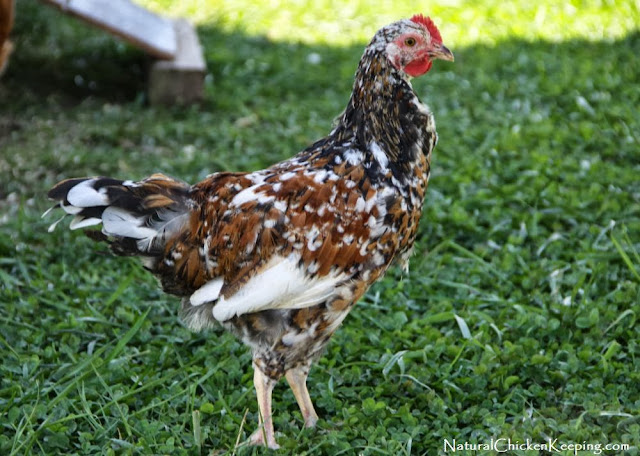 Showing his/her girly side. No - I mean really. This just may be the female side of the bird!

As of the writing of this article, Coques is about 23 weeks old. As you can see, s/he has no noticeable saddle feathers. If you look closely, you can see that the tail feathers on this side are rounded, set at an angle and quite pulletish. But look at the tips of the tail feathers you can just make out on the other side... they are sickle feathers! 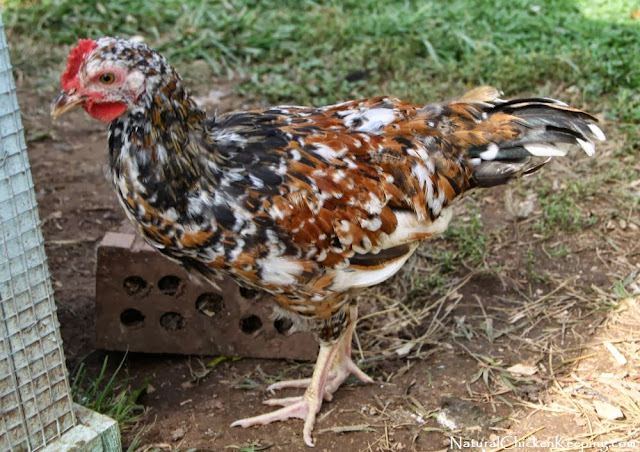 Can you see the difference?

I knew there was something different about this bird from early in his/her chickhood, but at that time I just thought him/her to be a special needs chick, and that perhaps it had experienced incubation issues and lack of proper nutrition with it's original owner (who fed it low-protein layer feed for it's first couple months of life).

One of the first things I noticed was that s/he was lopsided. Yes - the tail goes to one side, as does the neck, and it runs in the goofiest, klutziest manner I've ever seen. 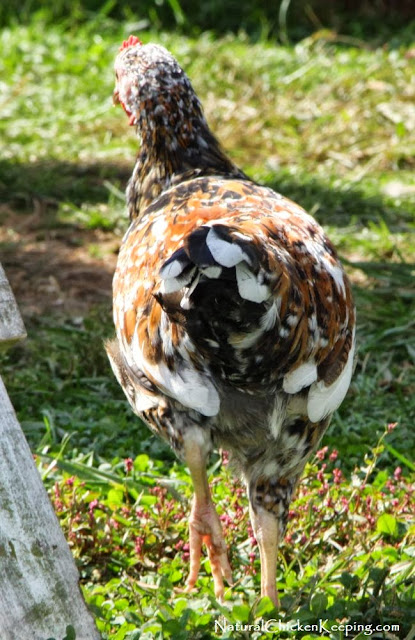 Yes - the tail always leans to the left... probably because of the different kinds of feathers coming in on each side. 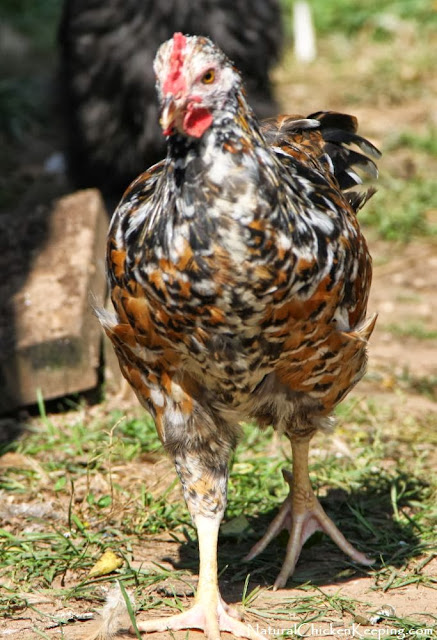 Here is where you can actually see a color difference between the two halves of this bird. This difference would be much more pronounced in unmottled breeds where the roosters have different color plumage than hens. Is that cool or what?

I likely would have given this bird away to a pet home had it not been for his/her endearing personality. S/he is by far the friendliest chicken I have ever had. 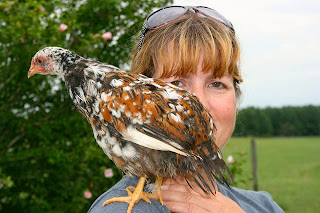 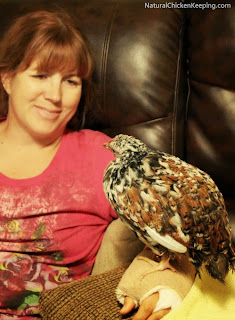 Yes - this is the chicken that dutifully oversaw my recovery from wrist surgery, and that runs up and right into my hands the moment I step foot outside. No - I never gave him/her treats to teach this behavior... s/he just loves to be cuddled. 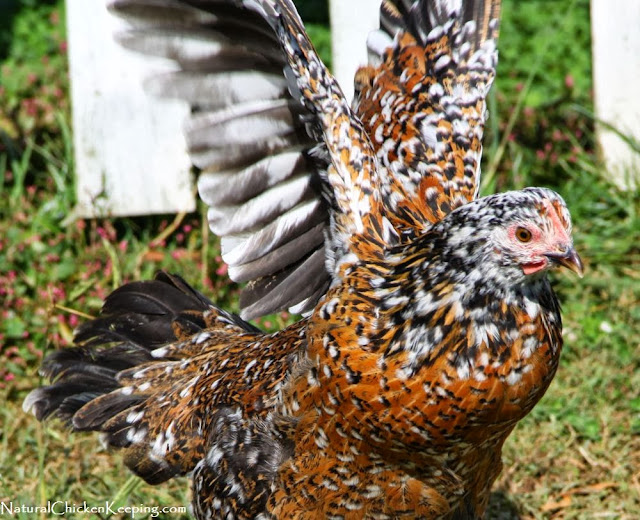 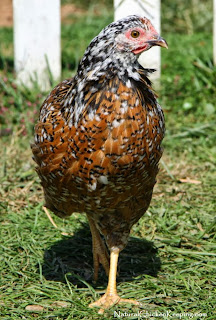 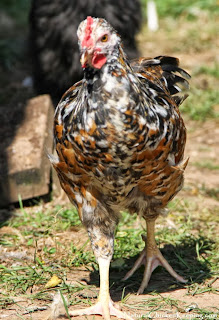 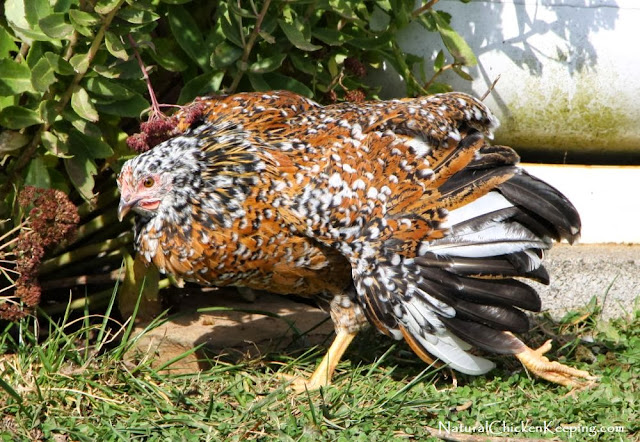 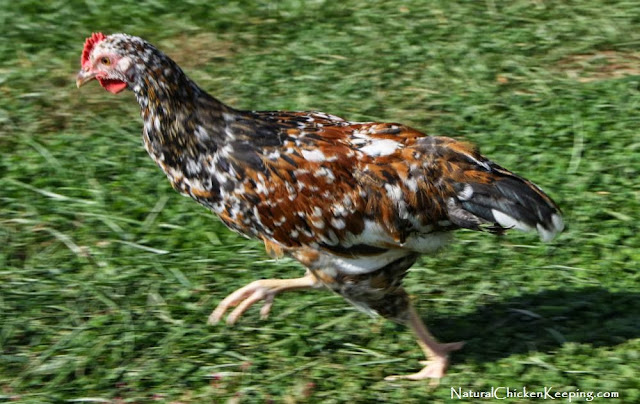 I don't know how Coques will change as s/he gets older. It will be interesting to watch his/her development to say the least. I also don't know how this condition might suppress hormones. While Coques does have sickle feathers coming in on his/her male side, there is little development of either saddle feathers or hackle feathers (at this time). S/he does have a few shiny mahogany feathers here and there (a male trait) but they are few and far between. 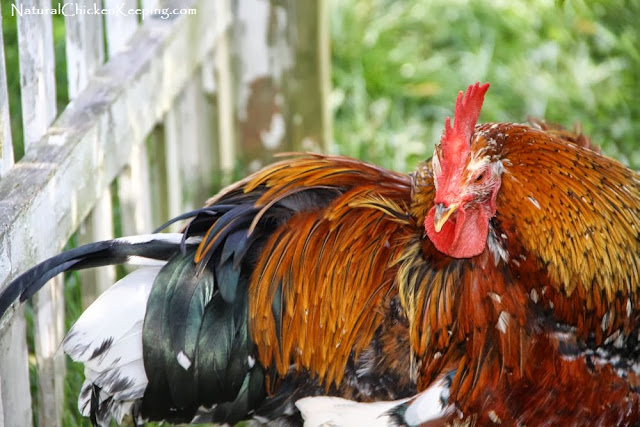 For comparison: Mace is Coques' half-brother (same father), and just 10 weeks older. You can see how noticeable the saddle and hackle feathers are on this roo. 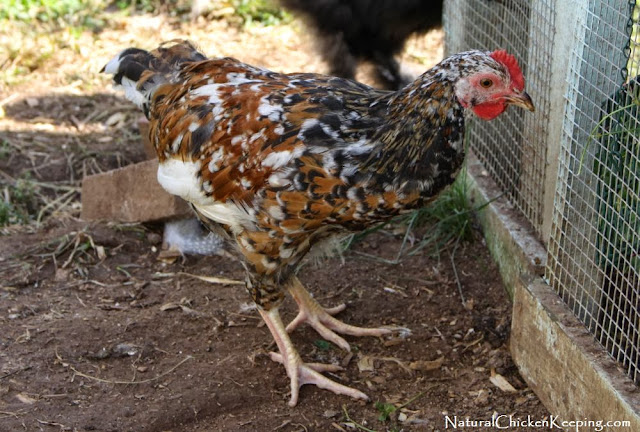 Coques hatched without a toenail on the female side foot. I don't know if this has anything at all to do with the gynandromorphism or if it was an incubation issue.

(I don't know for sure if Coques is a bilateral or mosaic gynandromorph - perhaps time will tell.)

Both kinds of gynandromorphism happen while the developing embryo is at the very first stages of cell division. It only occurs  in birds, crustaceans and certain insects - mammalian hormones do not allow for the body to develop in a gynandromorphic  manner, but a similar condition called Chimerism does affect mammals in very rare cases. 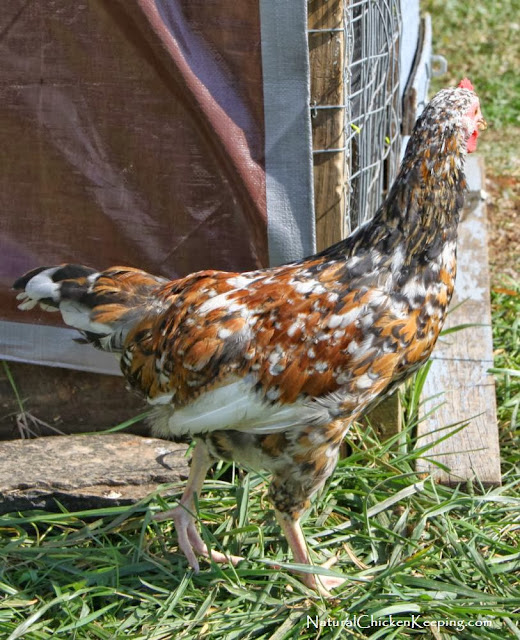 As for now, Coques is smaller than other chickens his/her age (even the Silkies). It is likely s/he may never lay an egg or crow, although it is possible s/he could do both. Needless to say, I will not be using him/her in my breeding program, but if s/he stays as friendly as s/he has been up until now, s/he will have a forever home with me!

For more on gynandromorphism (and to see some really striking photos) see:

Don't forget to enter our Scavenger Hunt-n-Peck to win the new book, Fresh Eggs Daily or a tube of Nu-Stock by clicking HERE!
Posted by Bulldogma at 5:12 PM