All of the following photographs are birds from my own flock. The Swedish Flower Hen is so much fun to keep and to breed. There is such an amazing array of color within the breed, and just like Forest Gump's box of chocolates, you just never know what you're going to get!


Chickens in Sweden:
Domestic chickens were introduced to Sweden about 2000 years ago, brought to the country by traders, settlers and even Viking marauders. Today it is unknown what or how many varieties of chickens were brought to Sweden’s shores in those early days, but that unknown mix of birds propagated over the next two-thousand years, developing into what are now considered the country’s native breeds. 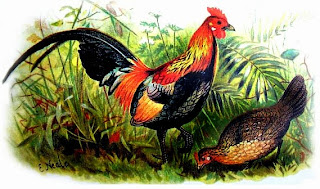 The Swedish Flower Hen is a landrace breed. This means that the breed developed naturally over hundreds of years. As a Darwinist creation, human intervention and selective breeding never played a role in the development of the breed. Chicks hatched from random pairings of the strongest, hardiest birds in each flock to create a genuinely robust breed of chicken. The Swedish Flower Hen or Skånsk blommehöna, developed in the southern part of Sweden over the last 500 years. As the weather is generally mild in these areas providing favorable conditions for the development of the breed, the Swedish Flower Hen became the largest of Sweden’s native breeds. Farmers considered it a dual purpose chicken, favored for both its ability as an egg layer and for its meat. 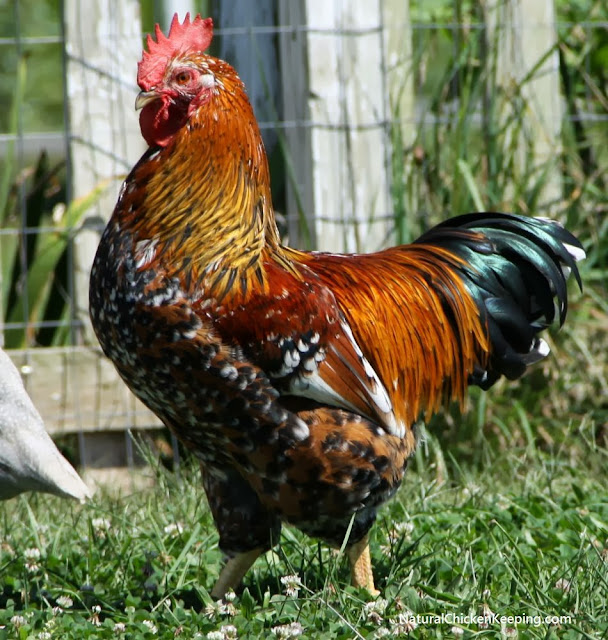 Named for its colorful, spotted plumage, Skånsk blommehöna literally translates to “bloom hen.” The white-tipped feathers make the birds look like a field of blooming flowers. The base color of the birds can be black, blue-gray, reddish-brown, off-white, red or yellow. Almost all of the color variety will have white on the tips of the feathers, giving the bird the spotted appearance. Some blue-gray based birds show more of a darker lacing around the feather edges as opposed to the white markings, but those tend to be the exception to the “spotted” rule. White-based birds often have darker markings on the feathers, but can also be predominately white. 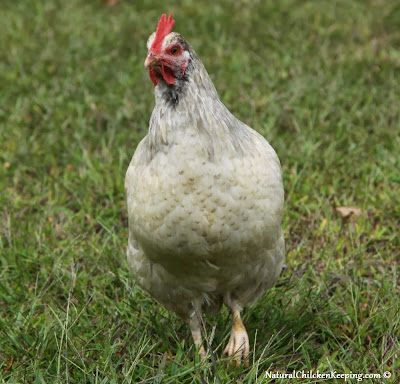 While flocks of Swedish Flower Hens were quite prevalent throughout the villages in the southern part of the country for hundreds of years, the breed began to fade out in the late 1800’s with the introduction of imported chicken breeds bred specifically for high egg production or greater meat yield. By the mid 1900’s, the Swedish Flower Hen was a rarity in the country of its creation.

Genebanks:
When Agricultural experts and enthusiast in Sweden realized that so many of the native poultry and livestock breeds were disappearing, the creation of a country gene bank was suggested. The reception was luke-warm at first, but eventually caught on. In 1989 the Swedish Country Poultry Club became the first of the country’s agricultural clubs to create a living gene bank. 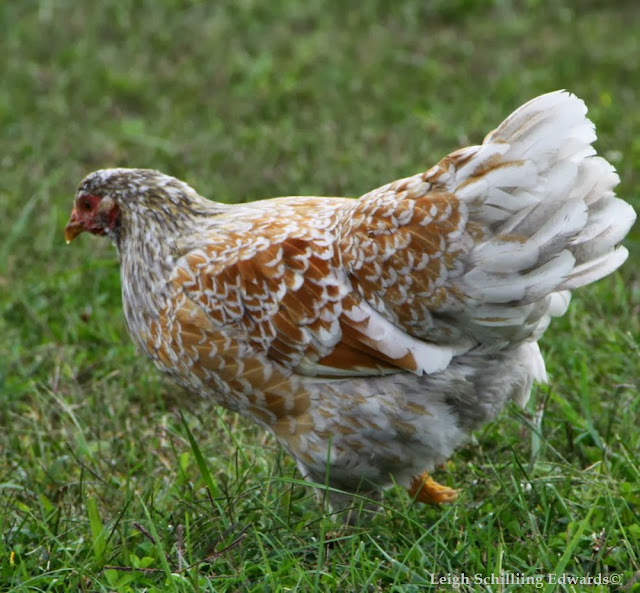 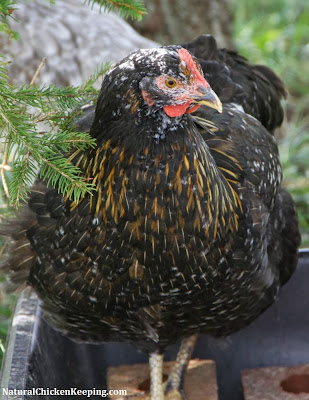 Slowly, word spread about the Swedish Flower Hen and other now-rare breeds thanks to the internet. The beautifully colored breed drew the attention of a few rare bird breeders. With an interest in the conservation and proliferation of rare breeds of livestock and poultry, Paul Bradshaw of Greenfire Farm arranged to import a number of breeding pairs of Swedish Flower Hen to the US in 2010.
Quote from Greenfire Farm:

“At Greenfire Farms, we’re on a mission to save some of the world’s rarest breeds of livestock, particularly chickens. This means that when we import a new breed of chicken it is the first step in an ongoing process of improving bloodlines, creating genetic diversity, and ensuring that the breed can potentially survive for centuries on American soil.  So, for example, we may import a small group of chickens only to follow a year later by importing a second unrelated group of the same breed.  In the interim, we carefully evaluate and select offspring for inclusion in our breeding programs.  This is an expensive and time-consuming series of steps aimed at establishing and then improving these very rare breeds.  Essentially, the process of breeding better livestock never ends.  This is the only way we can ensure that the gene pools of these ultra-rare breeds remain pure… 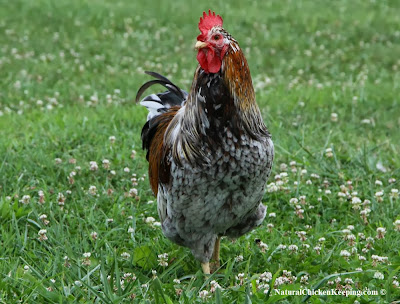 “How rare is ultra-rare?  Many of our breeds are so rare that they don’t appear on conventional livestock conservation lists.  For example, we have chicken breeds at Greenfire Farms that were thought to be extinct until by happenstance a remnant pair is unexpectedly found in a remote farmstead.  Every day we peer deeper into the world of ancient livestock –often amazed at what we find– looking for the faint clues that lead us to these almost mythical breeds.”

Bradshaw worked diligently to locate Swedish Flower Hen breeding pairs that represented as many of the breed’s possible colors as could be located. The initial fifteen birds, representing 3 different bloodlines, were obtained from a breeder in Sweden who favored specimens without crests on their heads.

The breed can have both crested and non-crested varieties but the Swedish Flower Hen crest is generally never so large as to impede the bird’s vision. Crests can range from simple sprigs atop the head to full and fluffy tassels. 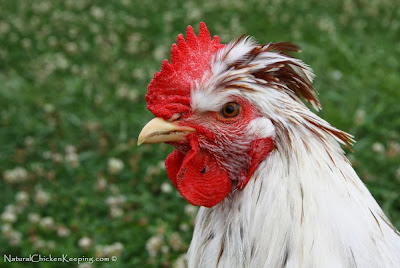 As the initial fifteen birds were of the non-crested variety, Bradshaw had some crested birds imported a number of months later to broaden the gene pool and make crested Swedish Flower Hens available in the US. By mid-November, 2010, a total of 19 Swedish Flower Hens had been imported. 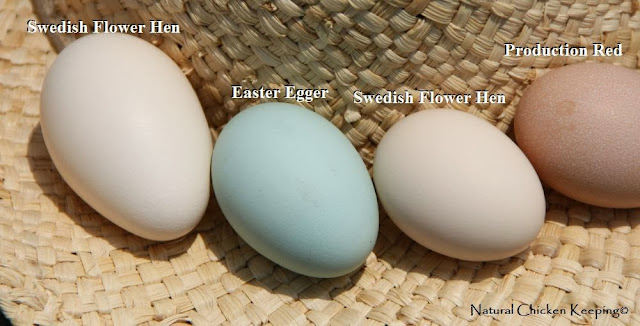 The eggs of Swedish Flower Hens generally range from a light beige to a creamy-tan color and vary in size from medium to extra-large. The average Swedish Flower Hen will lay about 150 eggs per year. As with most other chicken breeds, a 21 day incubation period is required to hatch chicks. 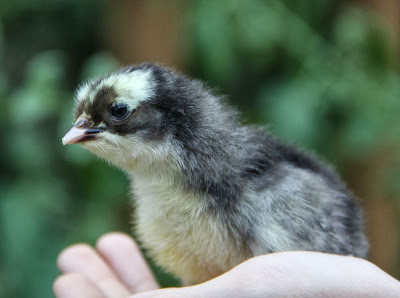 General:
Largest native breed in Sweden
From the villages Vomb, Tofta and Esarp
Average weather in Vomb: 28 F to 70 F
On the verge of extinction in 1970’s
Gene bank status by Board of Agriculture in 2001
Gene bank is run by Swedish Country Chicken Club
Named for colorful plumage
Currently about 1300 SFH in gene bank in Sweden (number will be changing constantly)
Landrace breed: landrace bird, like the Icelandics. That means they were not created by a breeder, but emerged from primitive breeds brought to the country by their original settlers.
Developed from natural selection and random pairings 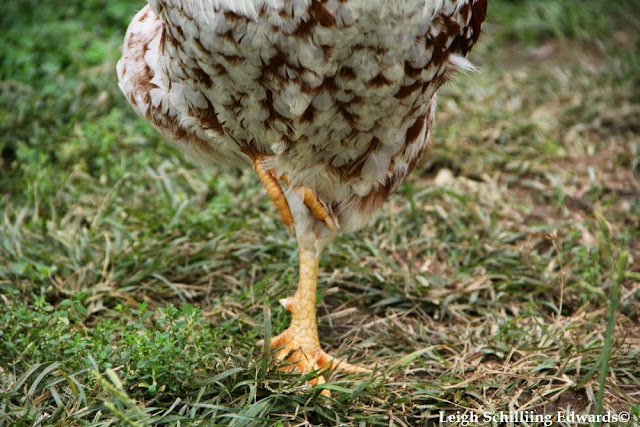 Conformation:
Body shape is round and robust
Color characterized by a wide range of base color with white feather tips
(Black, Blue (gray), red/orange, brown)
Translation from Swedish site: “The primer can go in black, brown, off-white, red or yellow with a speckle caused by the white dots at the tip of the springs. There are also chickens that are gray-blue with gold colored collar, bright white-gray to blue-gray or tan collar and all-black hens.”
Single, serrated comb
Some SFH are crested – tassels or whole cap – crest is not so large as to impede the bird’s vision.
Un-feathered, Light tan to yellow legs (may start out pink or gray as chicks). skin-colored, yellow or black mottled
Weight 2 to 2.5 kg. (4 lbs. 6 oz. - 5 lbs. 8 oz.) hen, rooster 2.5-3.5 kg. (5 lbs. 8 oz. - 7 lbs. 11 oz.)
Dual purpose bird (egg layers AND meat birds) 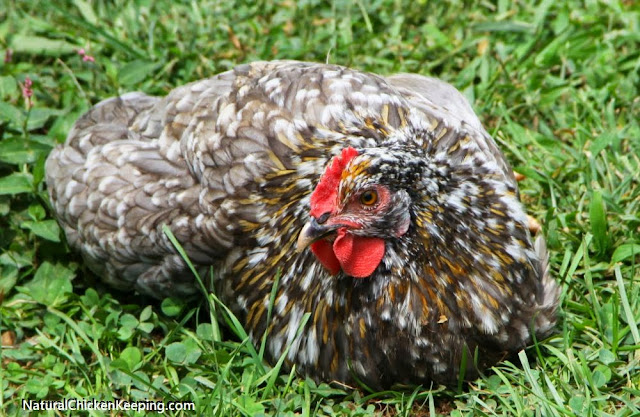 Nature:
Calm, curious (quiet & leisurely) yet in touch with surroundings and watchful for danger
Hens are not overly-prone to broodiness which may have attributed to the breed’s rarity by the 1970’s. 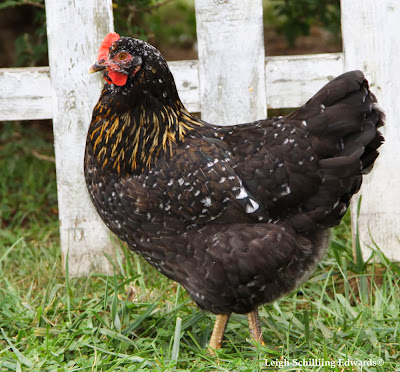 Eggs:
Average 150 M to XL eggs each year
Eggs are crème to light beige/tan in color
Pullets start out laying smaller eggs and the eggs increase in size as the pullets reach full maturity.
21 day incubation 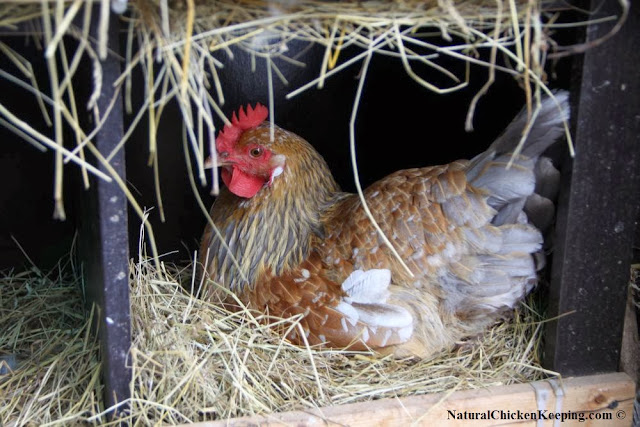 First imported:
June 17, 2010 first 15 SFH landed in US
First imports were from breeder of non-crested SFH
By 11/11/2010 a total of 19 SFH from both crested and non crested flocks had been imported.
3 different bloodlines imported
Worked hard to identify and import birds representing every color variety of the breed
On November 18, 2010 the first SFH chicks hatched on American soil
First egg laid in US 10/14/10 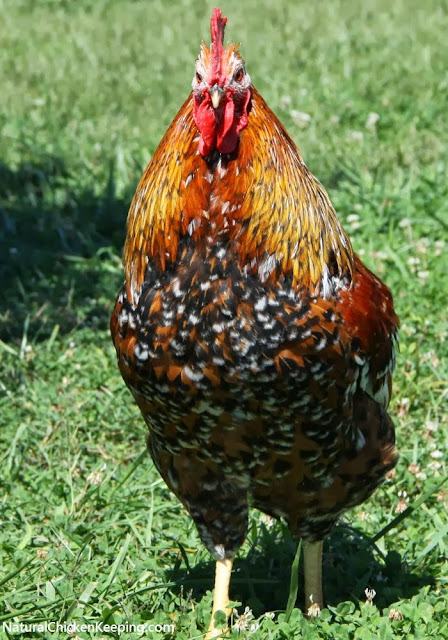 Please feel free to contact me personally with any questions you have about this breed!  shabbychicken@hotmail.com - - or, just leave a comment and I'll answer you.