The Dorking - An Ancient Breed with an Uncertain Future

The Dorking is an ancient breed tracing it's lineage all the way back to the Roman Empire and the birth of Christ. It was first introduced into Britain by the Romans and became a favorite of many, eventually taking the name of the region where it was most popular. Thus evolved the Dorking breed. 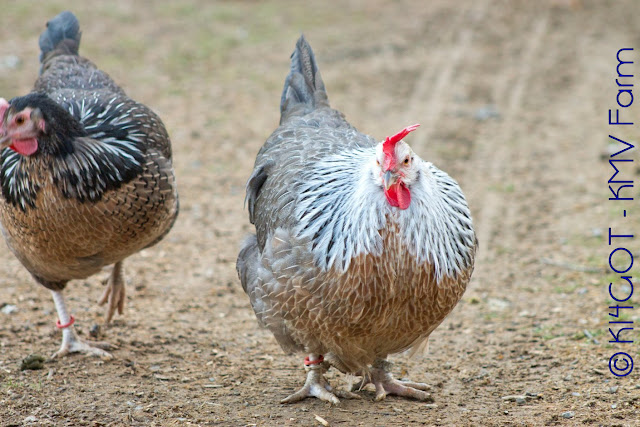 The Dorking evolved as primarily a meat breed, but is also a decent layer of medium to large eggs, lays through the winter and can be an exceptionally vigilant and protective hen when broody. As a meat breed, the meat is fine textured and well flavored and has been a winner of several taste tests in recent years. The Dorking of today isn't as large as its ancestors of even 50 years ago but still retains all the finer points of the breed, so now it's up to Dorking enthusiasts to bring it back up to its ideal size.
Dorking roosters should mature near 9 pounds and hens near 7 pounds (but as I said before, many do not reach their ideal size at this time). They have a long and low structure a friend once referred to as 'barge-like'. Their legs are relatively short with the thighs hidden well up in the body feathers, have five toes and white skin. They are fairly slow growing with roosters reaching their full size by 2 years old. Hens typically start laying between 5 and 6 months old.

Unfortunately, with the advent of the commercial broilers (of which the Dorking is one of the original ancestors) and the American preference for yellow skin, the slow growing Dorking fell out of favor. Since then it seems that "Bigger, Better, Faster, More" applied to peoples' lives more and more as the years went on. A few dedicated breeders continued on with the Dorking, but their population and size decreased with their popularity. 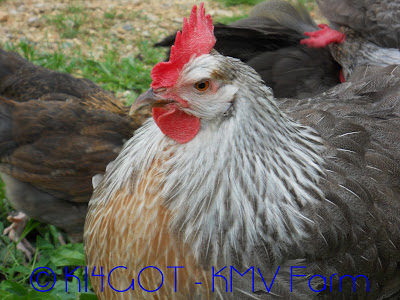 In recent years, with the resurgence of "Heritage" breeds, the Dorking is slowly regaining some of it's popularity. In my opinion there is no equal to the Dorking, whether it be for the gourmet table bird or the all-round usefulness as a dual-purpose egg and meat breed or as an exceptional free range bird or broody for rearing chicks.

The APA recognizes 6 varieties; (single combed) Silver Grey, Colored, Red and Single as well as Rose Combed Cuckoo and Rose Combed White. A large part of the problem with Dorkings is that there are so few sources of quality birds.
The primary sources people get their birds from are hatcheries. Murray McMurray is currently probably one of the best sources for Silver Grey Dorkings. Sandhill Preservation Center has the best readily available Red and Colored Dorkings I've seen, though if you are willing to wait and hunt around, the Roger Tice and Dick Horstman lines of Reds are my personal preference. Cuckoos are few and far between, so I have no frame of reference for them at all. The Whites, however, are best gotten from Yellow House Farm. YHF is not a dedicated hatchery, but a farm dedicated to preserving and improving a few select breeds. His White Dorkings are exceptional, in my opinion.

I have a small flock of Dorkings, compared to some. For the silver greys, I will be keeping my six largest hens and two best roosters for breeding. I have four red hens I am keeping, but I am short a rooster at this time, thanks to a series of attacks by predators. I have one red cockerel in the grow-out pen but he's only 7 weeks old as I write this article, and I have no way of knowing how he will mature. 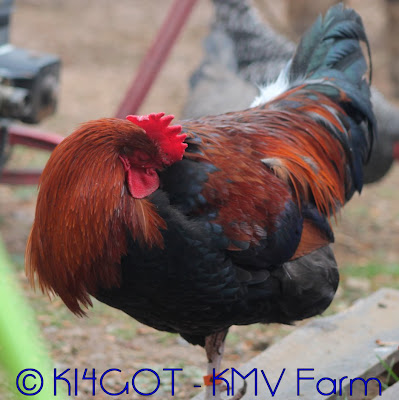 I will also be contacting the breeder that two of my girls and my previous rooster came from to see if he has anything available. So hopefully in a few weeks we will be back up and running with the reds. I also have two colored girls who have no mates to match, but will be put with a red rooster at some point, to see if I can rebuild a nice colored flock. But that is a project for later.

Some people have asked me to also write about things not usually touched on for various breeds...

One of the biggest things I have noticed with my Dorkings, is their dislike of confinement and crowding. Most of my birds free range except when they are penned for breeding. As a free range bird, they are exceptional foragers and the roosters are extremely vigilant in finding choice goodies for the girls, warning of dangers and even protecting them from attack. One rooster even took on a hawk to protect his girls, losing part of his comb in the process. I think that is why I no longer have a red rooster as well. He probably died defending his girls from the raccoons. Of that, I will never know for sure though. 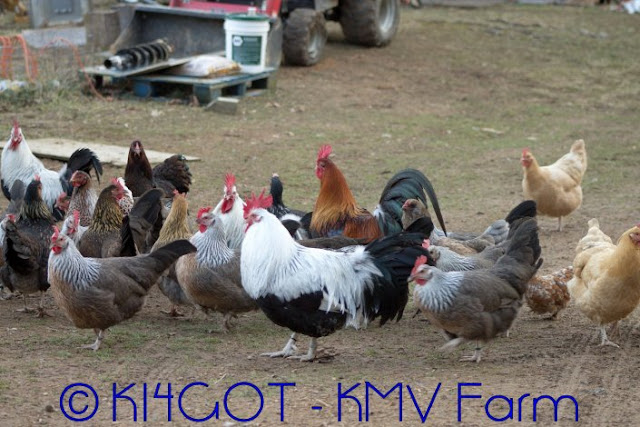 Hens can be exceptionally (annoyingly) broody and like their privacy. So if free ranging at the time, they will try to find secluded nests 'off the beaten path'. I've had to relocate a number of these "wild broodies" this year. Only two girls were successful in hatching their clutches. One had her nest under the ground-level deck (beneath the welcome mat) and the other next to the tractor shed. I allowed these two to stay where they were, simply because of difficulty in getting to them to remove the eggs. 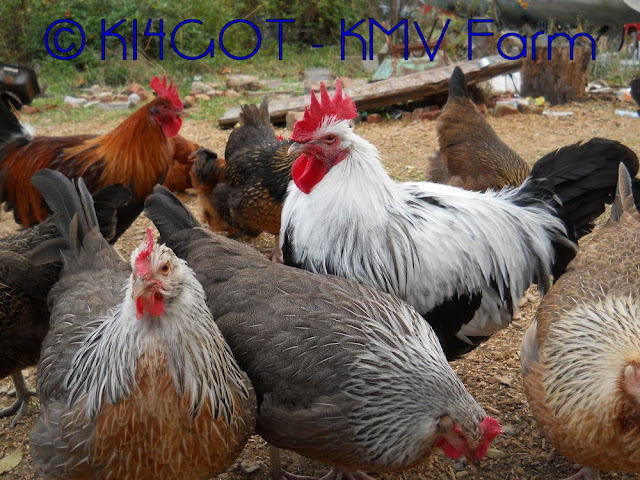 Some things I can say with certainty of my own Dorkings. They do not like being confined, but will tolerate it as long as they are not crowded and are provided ample roosting space in the pen as well as the coop. I also noticed they did not generally care for the shorter pens I use for my bantams, as they like to roost off the ground even during the day.

They are not strong fliers, only able to fly (while flapping as hard as they can) about 20' from a roost 5' high. But they ARE exceptional jumpers, capable of launching to a perch well over 6 feet up!  So when planning pens for them, I highly recommend covering them.

So I will end now with a hope that some may decide to add this wonderful breed to their efforts.


Note: My birds were free ranging at the time the photos were taken and there may be some other breeds present.