Diary of a Sick Chicken and a Necropsy - Graphic!

Part of flock management is knowing your birds well enough to know when something is wrong. This week, one of my Lavender Orpington pullets (of about 22 weeks of age) became lethargic. She was not staying with the flock and she had a hunched up appearance. 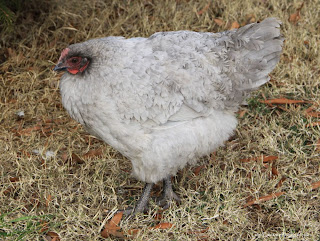 Note how her neck was hunched back into her body. 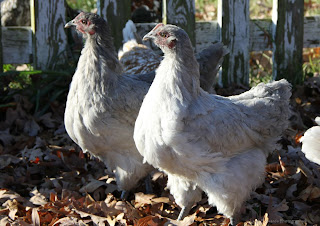 One can see a difference in her posture in this photo taken prior to her becoming ill. 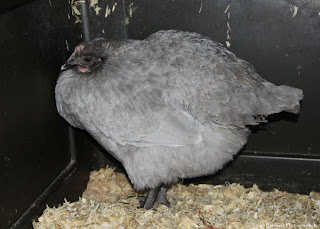 I brought her in and put her in a dog crate. Over a period of hours I could see that she that her stool was mostly urate - liquid with lots of white stuff - and there was very little solid matter at all.

I felt about and her crop did not seem to be impacted. It felt the way it was supposed to feel, for the most part. I believed the issue could be an impacted or blocked gizzard.

I gave her warm olive oil mixed with yogurt, electrolytes, garlic and oregano orally with a syringe and soaked her in a warm bath to see if that would get things moving. She loved her warm bath (and a massage of the gizzard area) - and it seemed to help. There was more solid matter in her stools... for a little while. 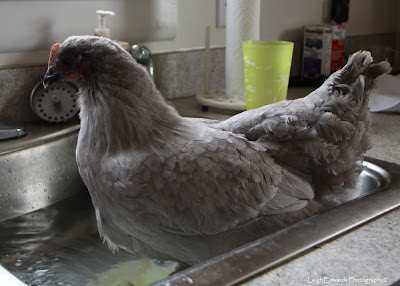 Then everything stopped moving again. I did more oral treatments and another soak, but this time it didn't work. I could tell she was failing quickly, so I put the poor girl out of her misery.

I performed a necropsy on this bird. The following images are very graphic and meant for educational purposes. If you have a weak stomach,
please stop reading now.

You have been warned...

OK - very first thing - we can see how thin this bird was. With all her winter fluff, it was not possible to see just how much weight she had lost, but I could feel it when I picked her up.

Secondly, look at her keel bone. This bone is supposed to be straight... not only is this pullet's keel bone not straight, but it is very, very crooked! So much so that had she not died at this early age, I feel this defect would have impacted the rest of her life negatively. (Legs are at the top of the photo, and neck at the bottom.) 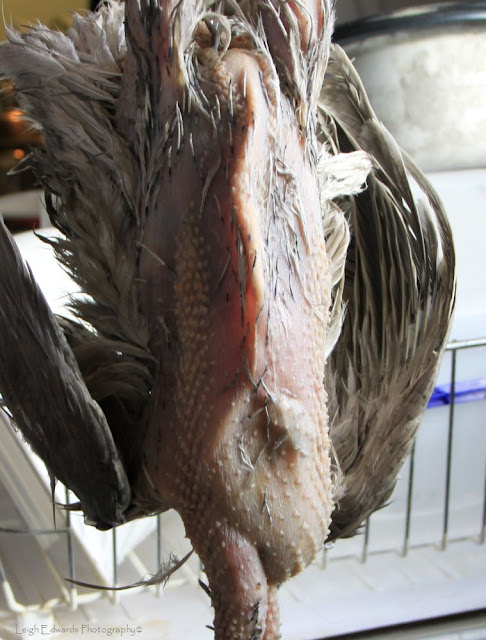 We can also see the presence of material in her crop. Here is a diagram to reference as we go: 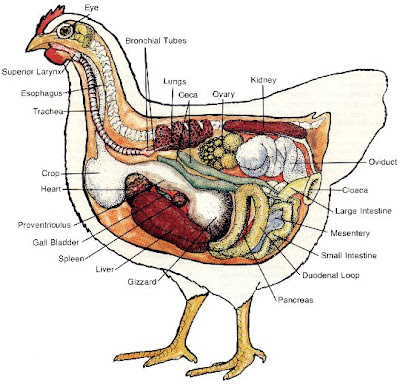 Upon opening her, it was instantly evident that something was blocked! 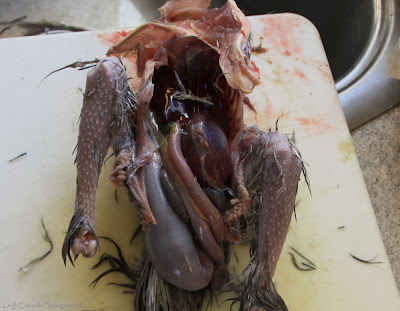 That giant, bulbous thing is her pancreas. Not a good thing to see! Digging further, I could see she was backed up at the point were her pancreas funneled into the small intestine. The blockage caused everything above it to become engorged. 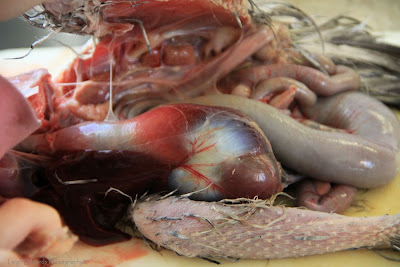 Her gizzard was engorged, as was her proventriculus. The dark maroon mass is her liver. 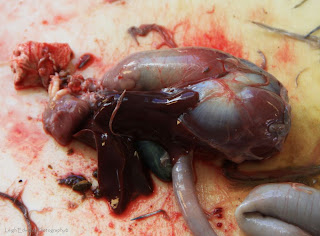 And now the cause... 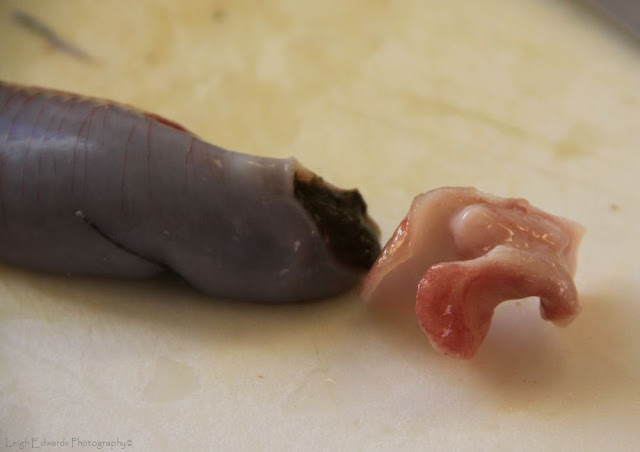 This is the lower end of her pancreas. This piece that I cut off is where the problem was. Lumpy, tough growths that were blocking the flow of all but liquid matter.

So to illustrate the issue, I placed her internal organs in order from the neck (on the left) to the cloacia or vent, on the right. You can see that everything above the blockage is engorged, and everything below it is not. 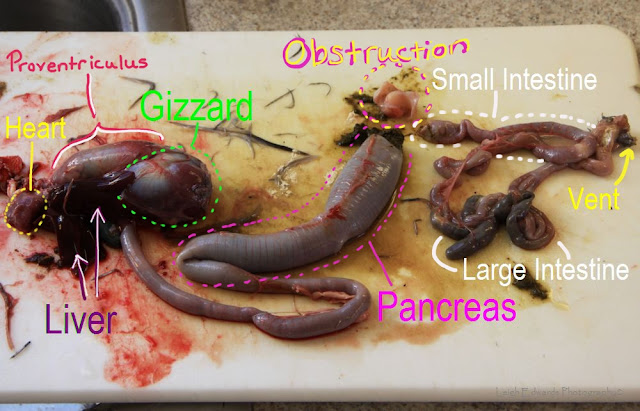 A "flow chart," so to speak, indicating the direction food moves through the chicken. 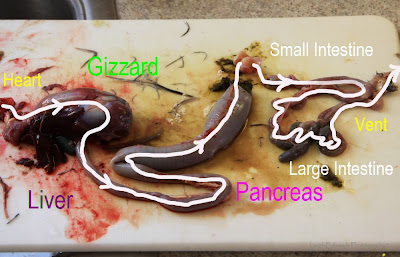 While in many cases an impacted crop or gizzard can be corrected, in this case there was no way to save this particular chicken. She apparently was not put together very well to begin with, and would likely have died no matter what.

On the flip side, it is good to know that it was not something she ate that my other chickens might have gotten into also, and it was not a disease.

Posted by Bulldogma at 1:56 PM