Combs - The Bowlers, Fedoras and Berets of the Chicken World

Combs come in all different shapes and sizes. The comb was designed as a heat regulator for chickens, thus, those breeds that developed in warmer climates will have larger combs while those that developed in colder climates are likely to have small combs that sits close to the head.

The following illustrations represent most but not all of the common comb varieties. I would have put more on here, but I was having far too much fun creating the illustrations and if I didn't stop, it could have been a week before I was ready to post! 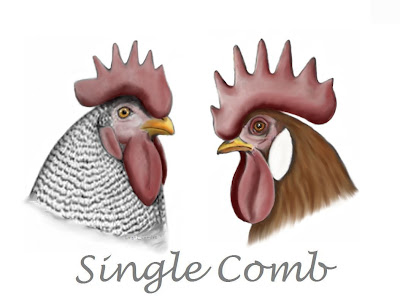 The Single Comb is probably the most common comb type, found on many breeds around the world, which should come as no surprise as the original ancestor of the chicken, gallus gallus had this comb. 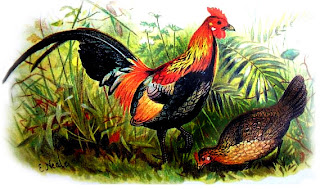 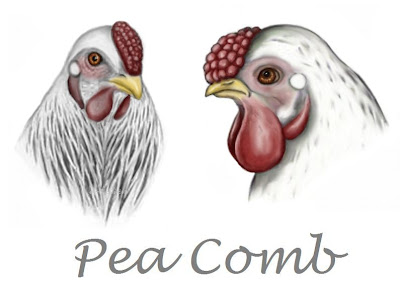 Breeds including the Ameraucana, Brahma, Buckeye, Cornish, Cubalaya, Sumatra and Yokohama are topped with this comb type. 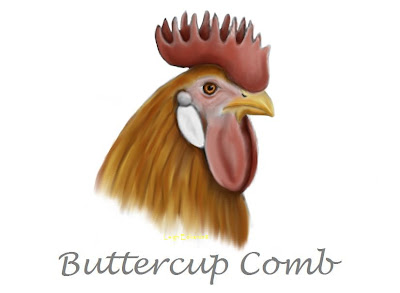 The Sicilian Buttercup is known for this double-sided, multi-pointed comb. 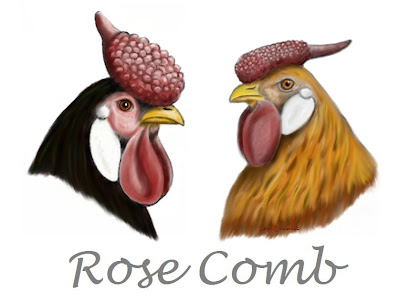 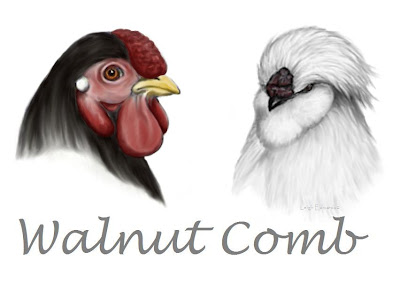 Shown off by the Orloff, Russian Orloff, Silkie and Yokoham.

And now for my favorite... 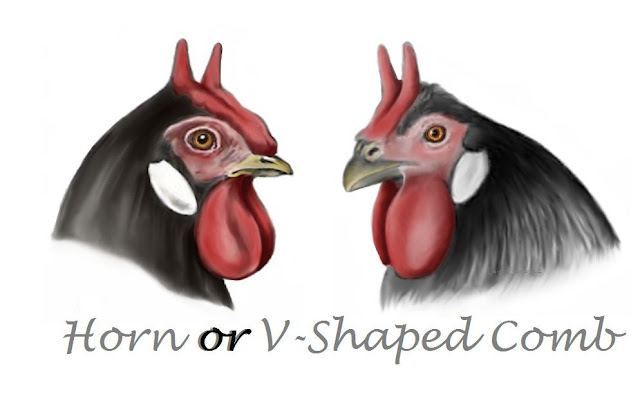 The V-Comb... Not just for bats any more! This comb is worn by the Appenzeller, Crevecoeur, Houdan, La Fleche, Marvel (just kidding), Polish (Poland) and Sultan. 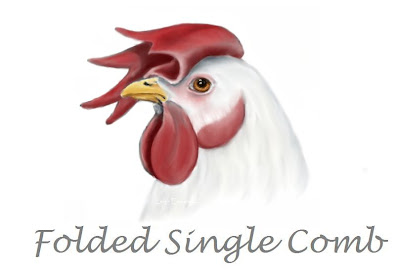 For most breeds, a single comb that is folded or bent is considered a fault. Not so for Leghorn hens where is folded comb is a common and even sought after fascinator.


Combs not represented in this post are the Strawberry (worn by the Maylay) and Cushion (worn by the Chantecler). Perhaps I'll add them later if I get time to do illustrations for them.

So tell us - - how many comb styles are represented in your coop?