Photo Shoot and How to Draw a Chicken... Or Two

What a fun and crazy weekend I have had!

Ever since my husband lost his job and my youngest became home-bound for fear she might catch the dreaded Enterovirus D68, we pretty much thought that FUN would be on hold for a while. Yet so much kindness and generosity has been shown to us in our recent hard times.

First, I have been offered a wonderful opportunity to provide 25 illustrations of various chicken breeds to GRIT Magazine for their annual Guide to Backyard Chickens issue. I have been working from sunup to sundown to get these illustrations done. Admittedly, it's a bit stressful. This is a HUGE opportunity, and I have a very limited time. I'm not used to banging artwork out so quickly! But as stressful as it is, I'm positively thrilled to have this chance to have my artwork used in such an awesome magazine!

Second, having heard about my family's struggles, Lisa from Fresh Eggs Daily asked if I would come do a photo shoot for her. As luck would have it, my husband has some family out that way, so after giving Lisa a resounding "YES!" we packed up the kids (who hadn't had a vacation in nearly 2 years) and made a weekend of it.

So first - the art progression of the Campine Rooster & Hen... and don't ask me why the screen shots are in black & white. Apparently there was some sort of computer glitch that caused this and I can't go back and get color screen shots at this point in the game. 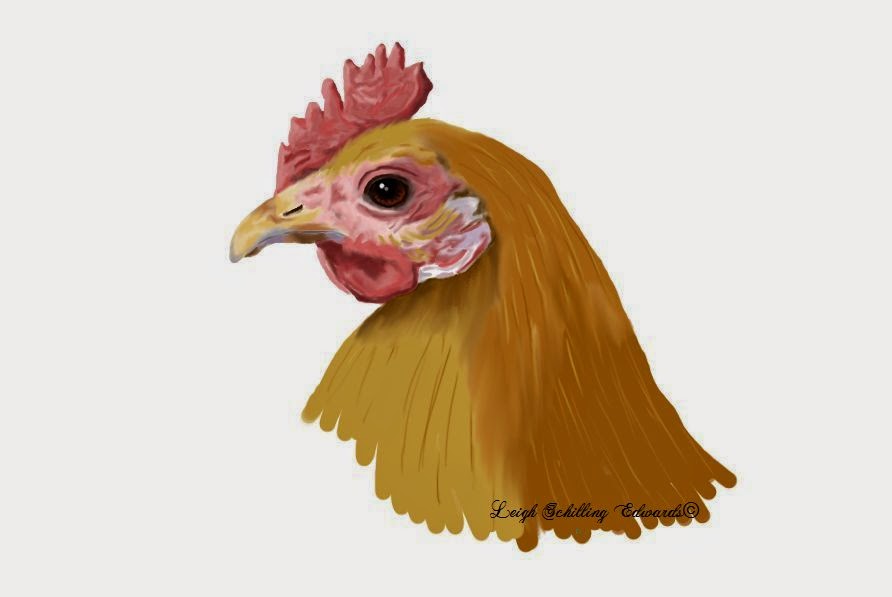 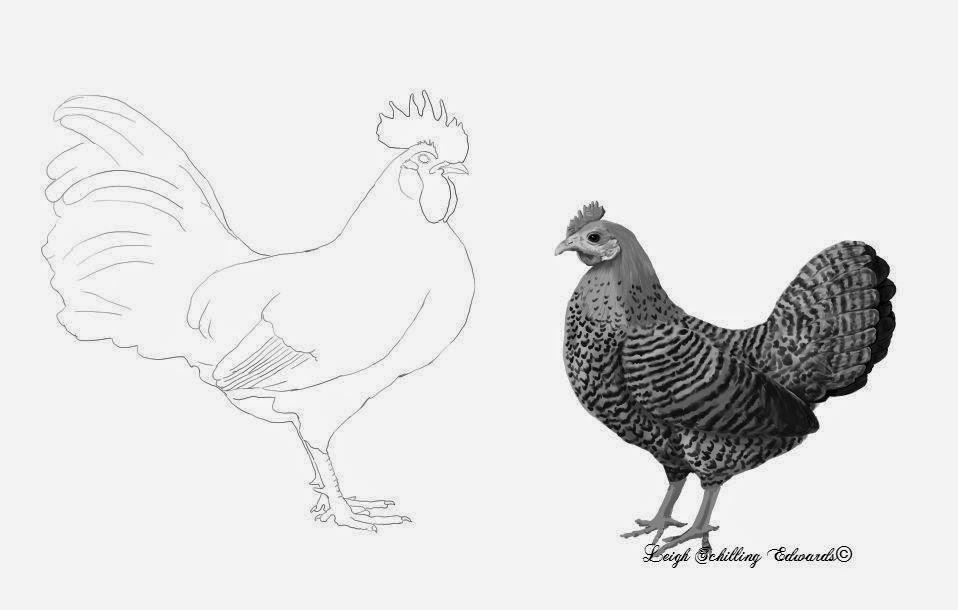 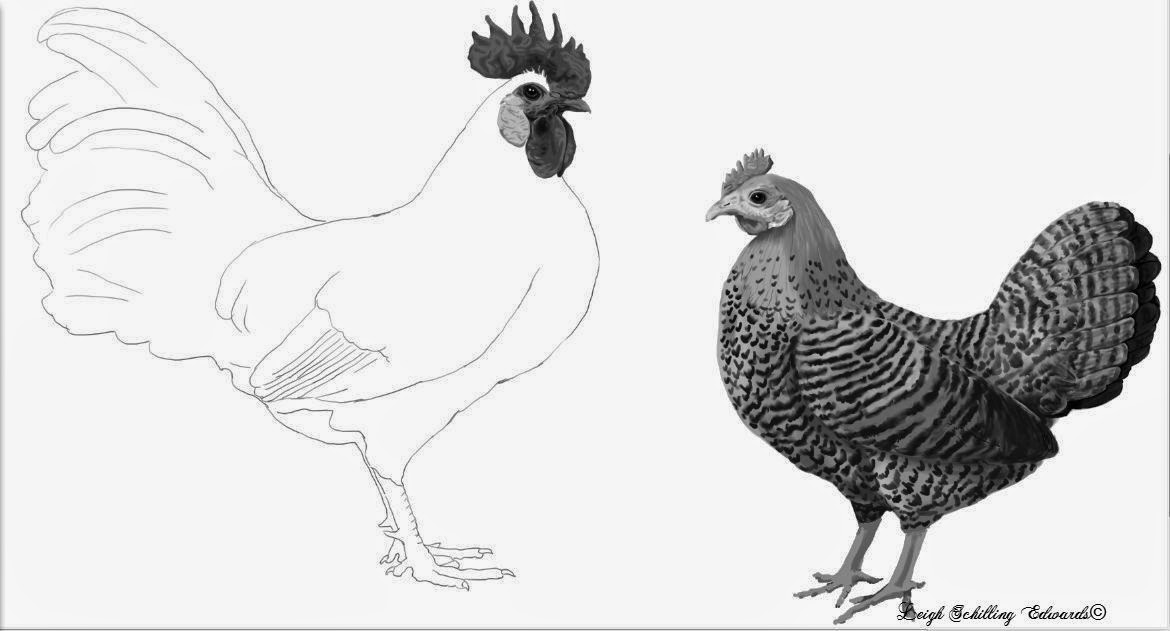 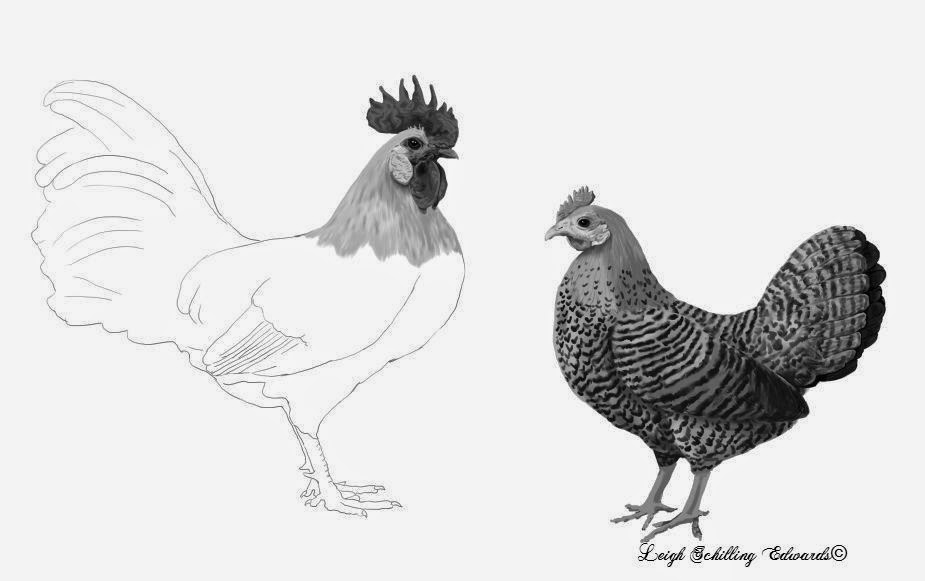 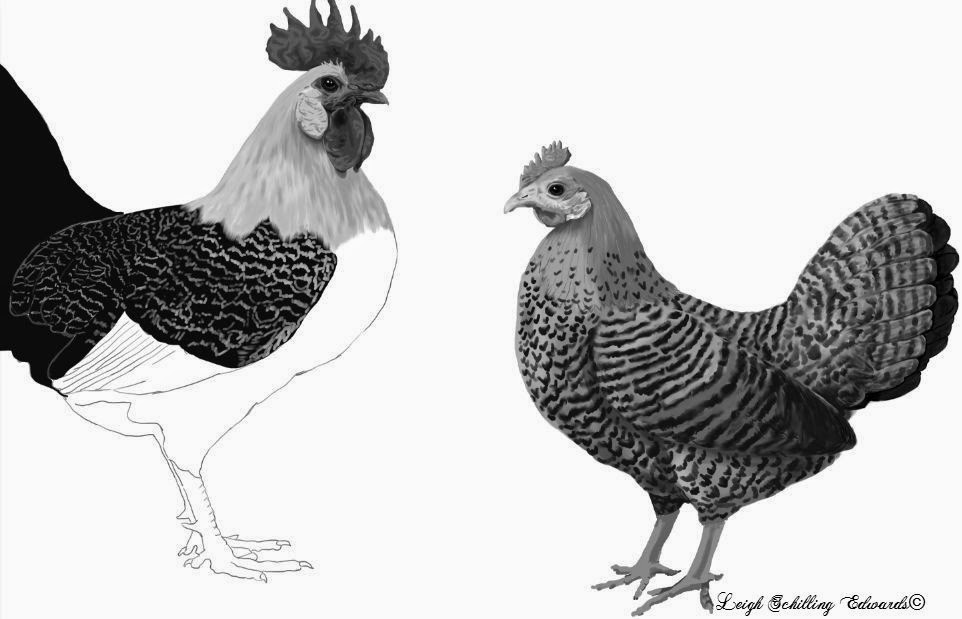 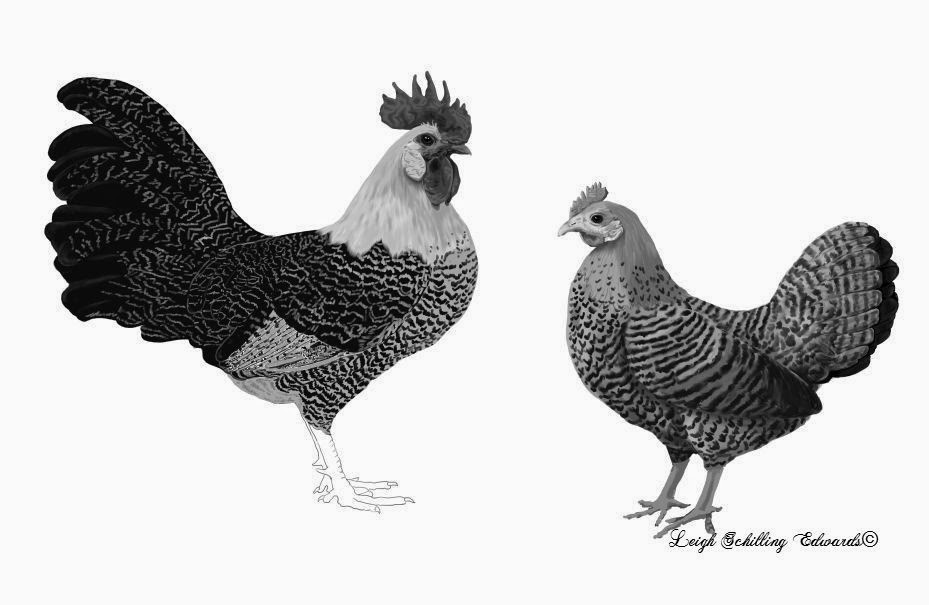 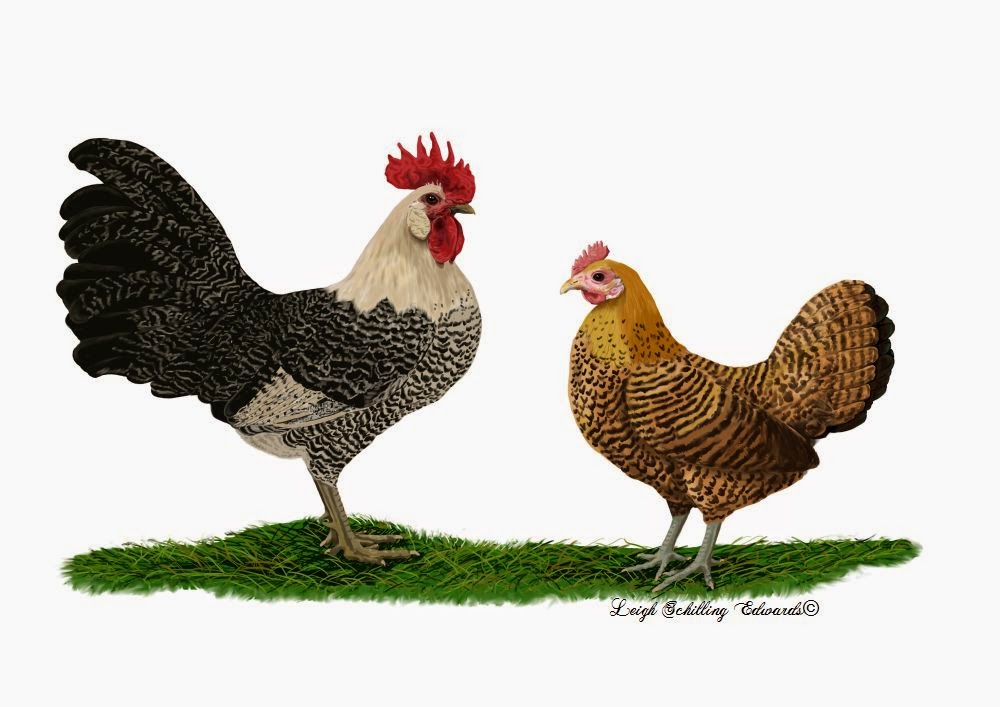 Yes - it can take a while to do these illustrations... especially for birds with such detailed patterns!

So here's a candid, unedited and unretouched photo of Lisa of Fresh Eggs Daily from our photo shoot. I can't thank Lisa enough for giving me some work which will help us pay bills and buy groceries, and for allowing us an excuse for a mini vacation in the Virginia Beach area! 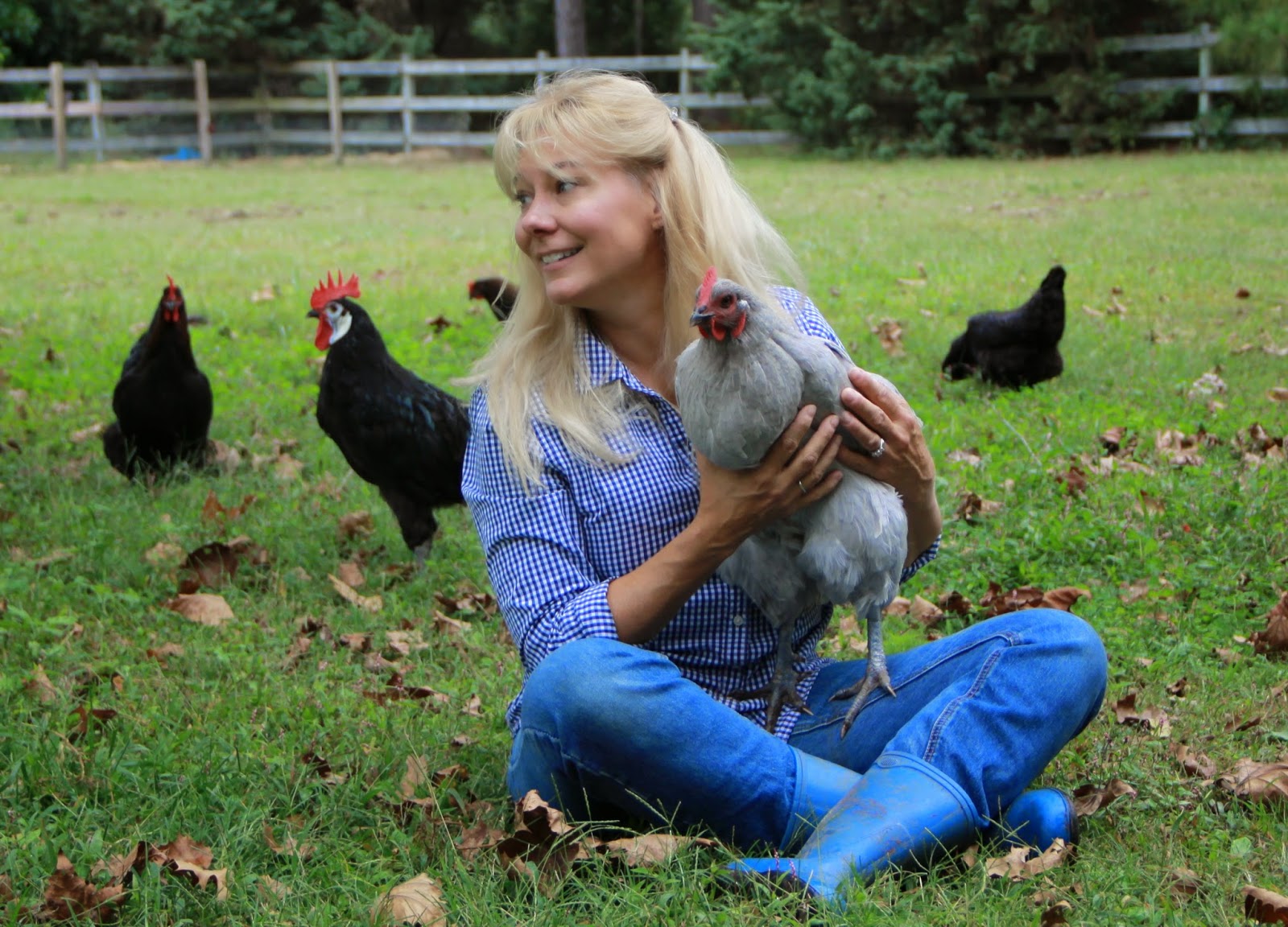 And during our photo shoot, Lisa's Corgi, Winston, pulled off an epic photo-bomb! 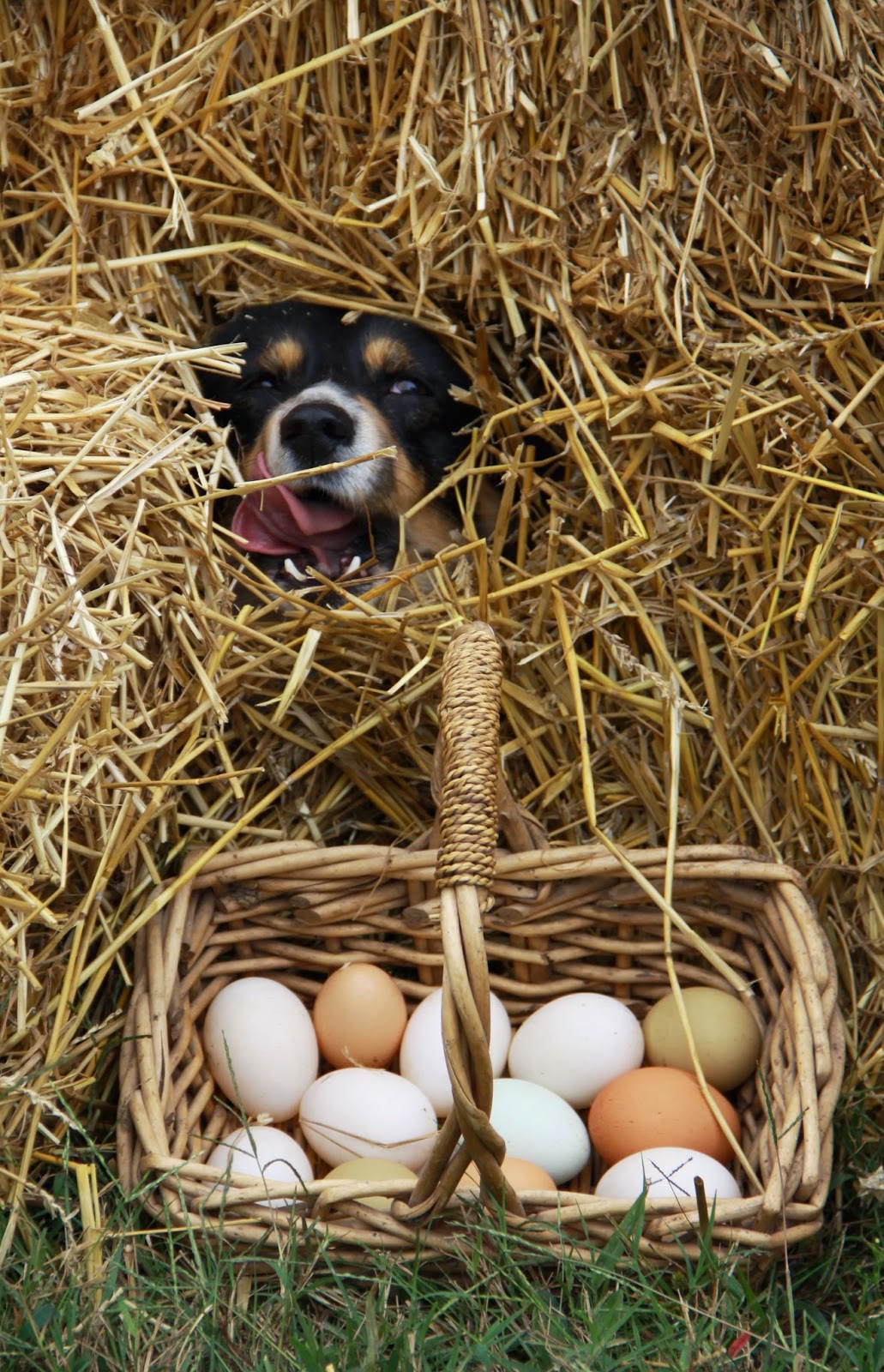 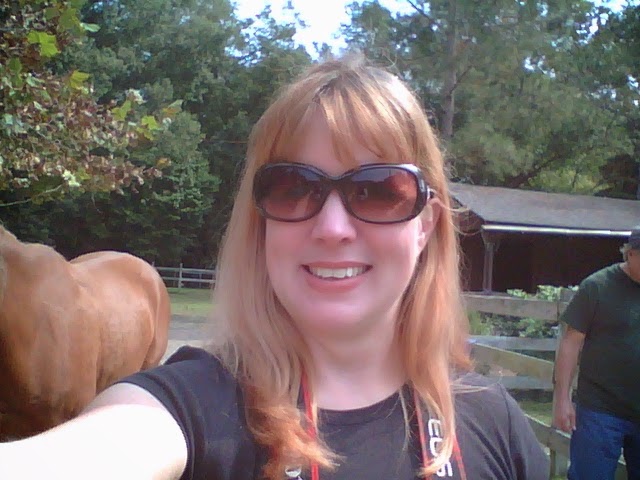 And of course after the photo shoot, my husband and I got to take the kids to the beach! They had a blast and I got to sit and relax for a bit! (I needed that!) The photos are lower quality because they were taken with my phone. 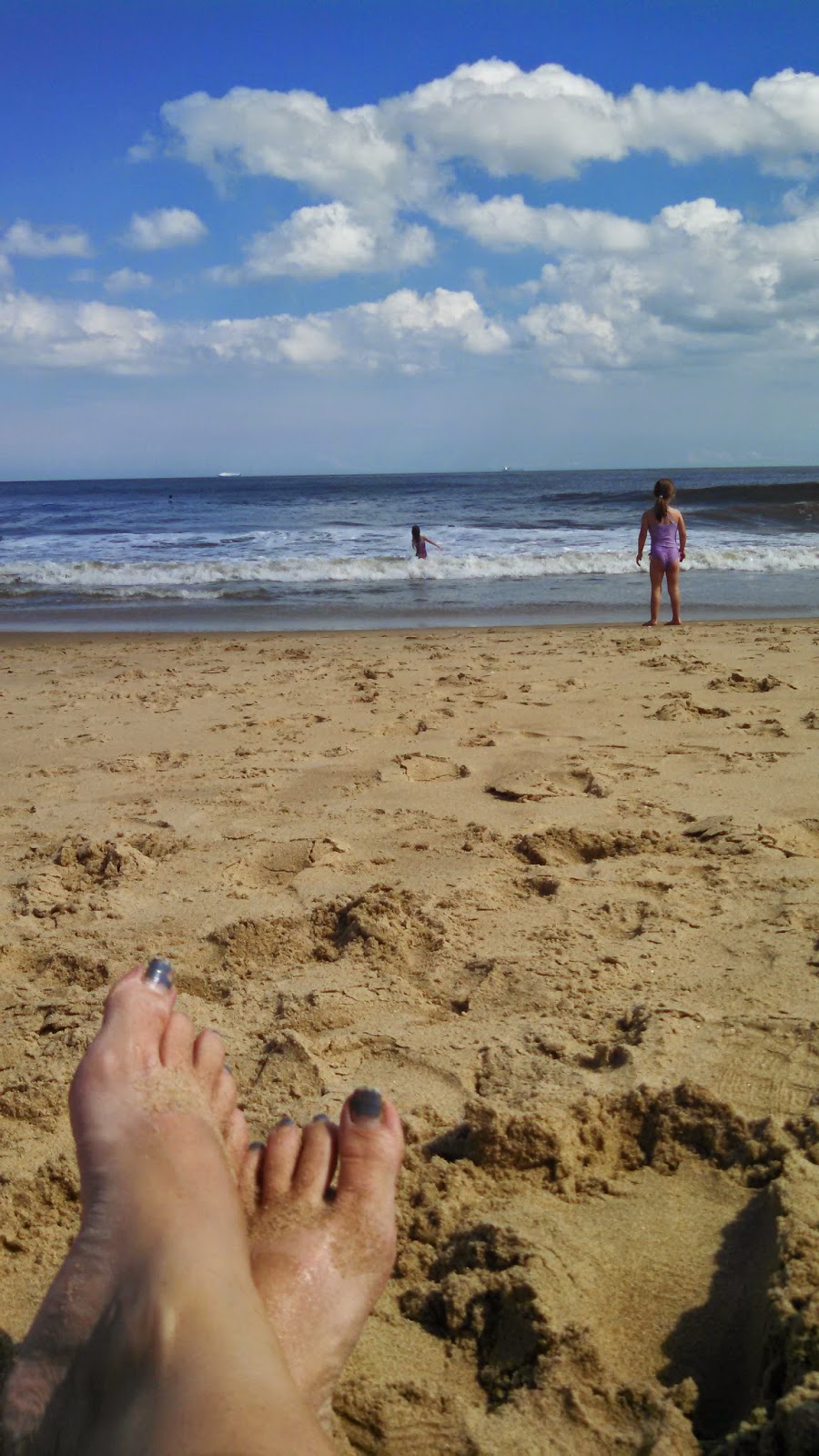 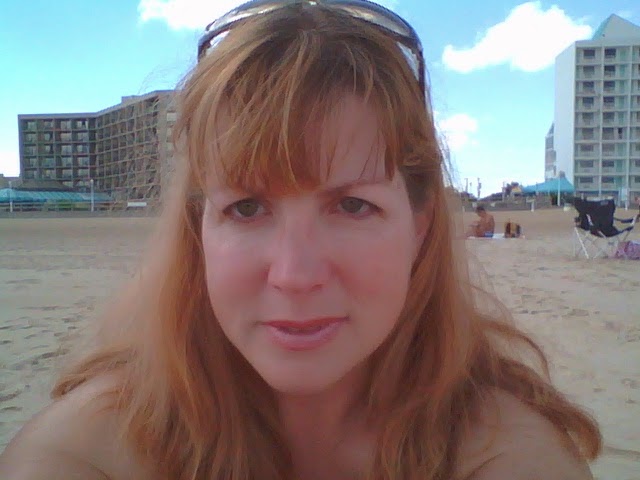 Annnnnd... that evening my husband's family treated us to Blue Crabs - one of my favorites!! 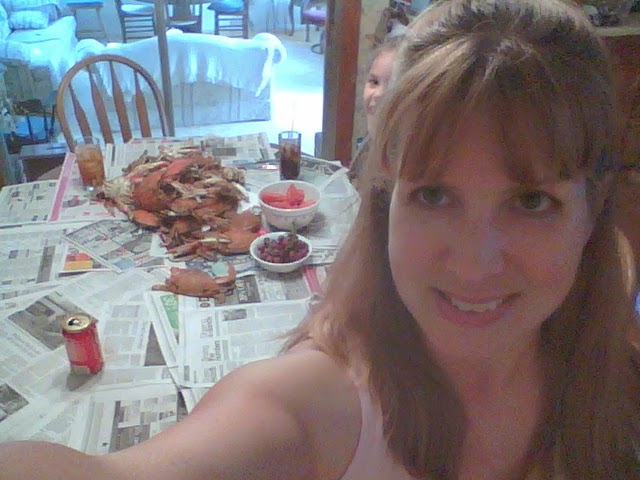 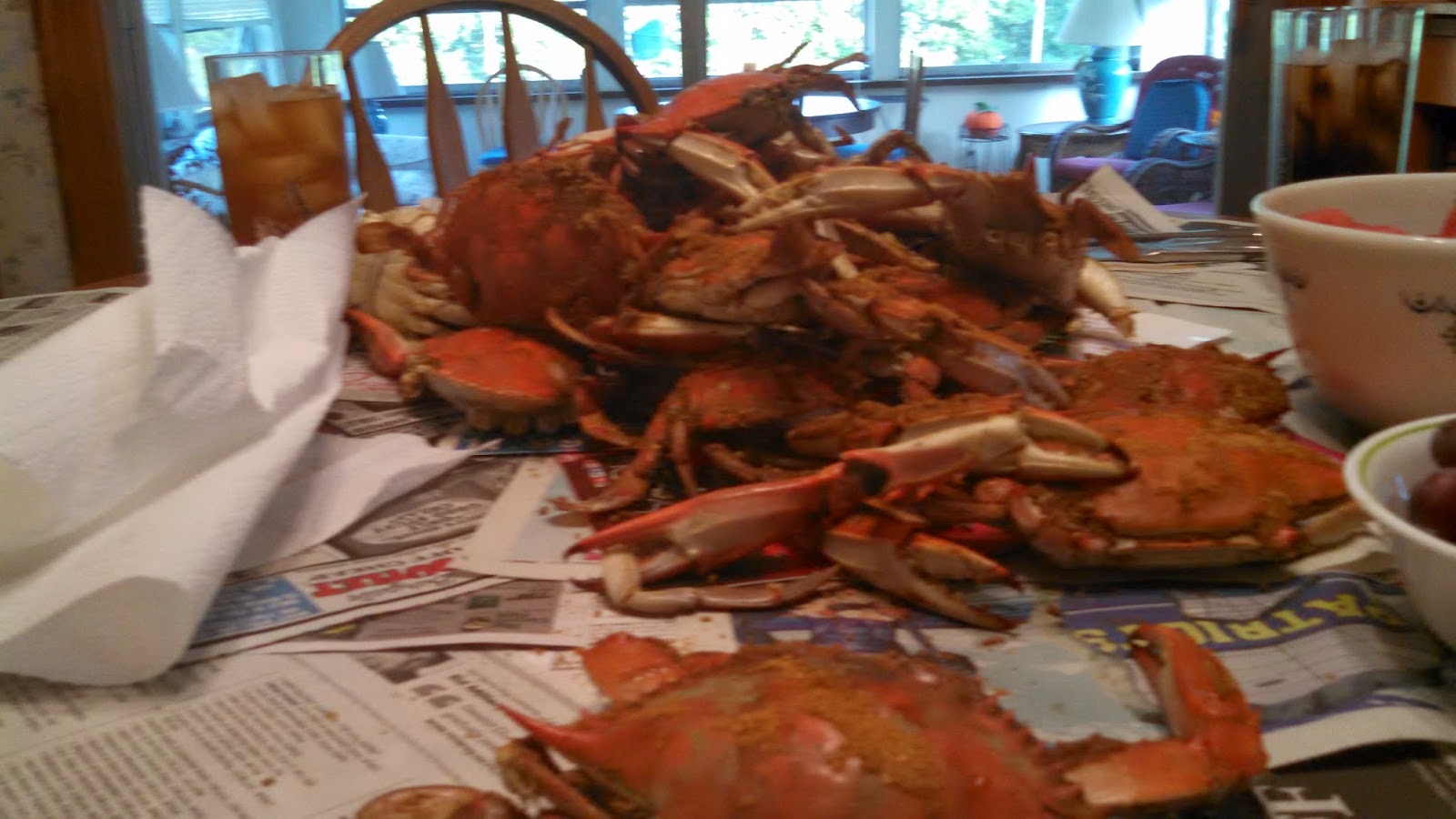 My adult son was kind enough to look after the chickens while we were away. He called me daily with reports of which chicken had done what and how many eggs there were. Gotta love a kid who enjoys chickens almost as much as his mom!

Posted by Bulldogma at 6:05 AM