When the temperatures go up, adding electrolytes to your chickens water can help them stay healthier and less stressed. Here is Vicki's personal recipe for Do-It-Yourself electrolytes: 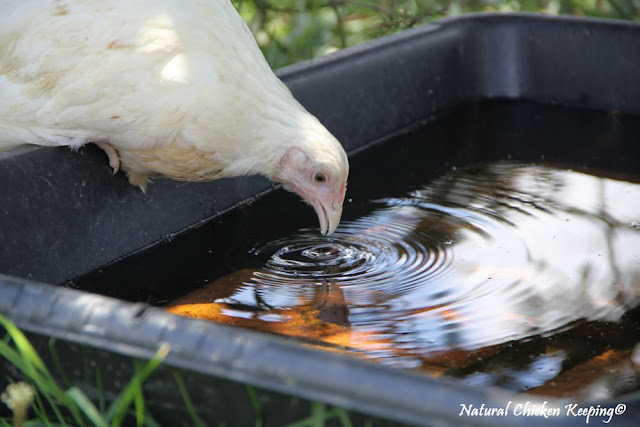 DIY Electrolytes for your Flock:

Another way to keep your flock cool and happy
is giving them their own safe "pond" in the shade to cool their feet in. I saw a neat one on the internet and tried it myself. I already had the plastic trough - purchased for about $5. at the home improvement store in the Masonry section.

Then I found some homeless bricks sitting in a dejected pile under some weeds in the front garden of my rental house. 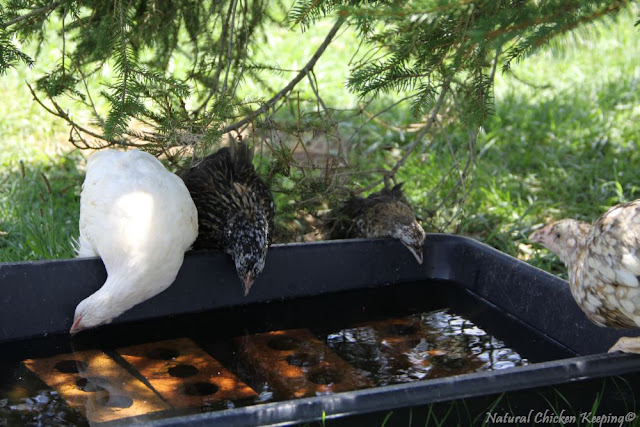 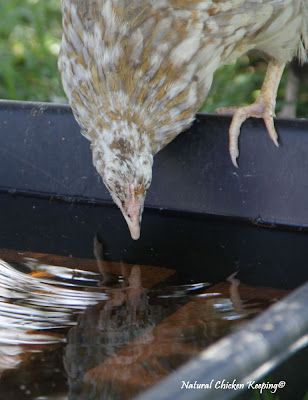 I placed the red clay bricks at even intervals on the bottom of the shallow trough - spaced so that a small chick would be unlikely to fall between them if one were to fall into the pond. Then I placed the trough pond in the shade and filled it with water so that the water level was about even with the top of the bricks.

Since then the rain has made the water level rise above the bricks, so I'll be bailing some out before I let our youngest chicks loose in the yard.
Thus far, my chooks have enjoyed drinking from it, and some of the younger chicks (around 12 weeks) have figured out that it is cool to stand on the bricks. (Because all the cool chicks are doing it!) I have yet to catch my older chickens standing in there, but I'm sure they'll all figure it out soon enough. 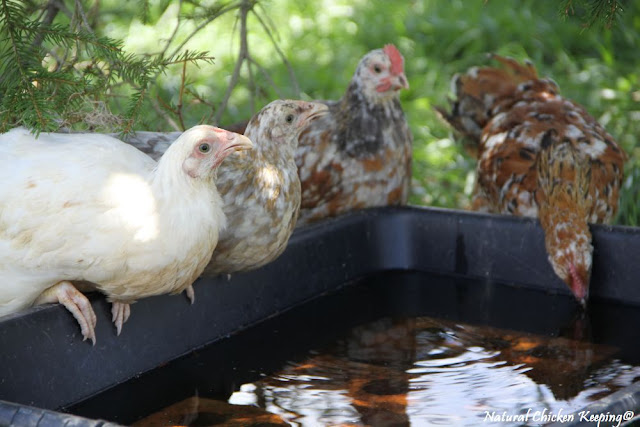