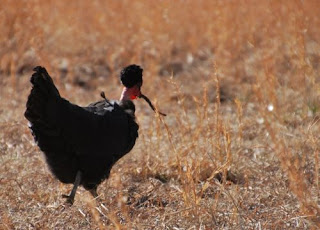 Naked Neck Hen with a Snake. Photo Courtesy: Kassaundra Tamplen
No – I’m not saying that feed manufacturers are lying about what they are putting in your chicken’s feed. What I am getting at is that upon reading label after label from manufacturer after manufacturer of chicken feed, one might easily be led to think chickens are supposed to be vegetarians.

One label reads, “Made from natural plant-based ingredients FREE of all animal proteins and fats.” Another says, “Ruminant meat and bone meal free.” 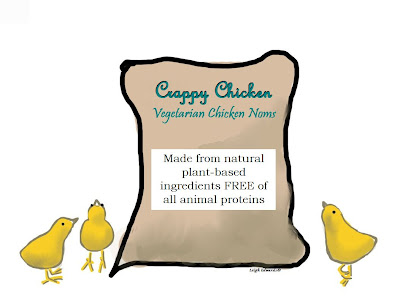 Have you ever wondered why this is?

There are still feral chickens in many parts of the world. Are these chickens eating processed and bagged food out of a feeder? No. Yet it is likely that feral chickens consume a far more “natural” diet than many domestic flocks. A feral chicken’s diet consists of insects, larvae, spiders, worms, grasses, grains, snakes, lizards, mice, moles, fruits, berries, nuts... and these chickens will dine on almost any carcass they find. Chickens are omnivores and are opportunistic in their feeding habits.

In fact, if you don’t have enough coop space, you may possess the unfortunate first-hand knowledge that they will even eat other chickens.

So why do the majority of commercial chicken feeds lack animal matter and proteins? After all, dog and cat food have meat in them, right?

The rather stomach-turning truth is that large poultry farms that raise meat birds sell their chicken excrement to cattle farmers… as cattle feed. 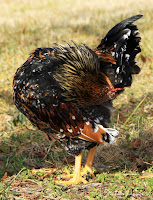 Yes – you read that right. It is common for both dairy and beef cattle to be fed on diets at least partially comprised of chicken fecal matter. Yummy, no?

So what does that little tidbit of nastiness have to do with keeping animal matter out of chicken feed? Well – if cattle consume the animal matter of other cows, it can trigger bovine spongiform encephalopathy, or Mad Cow disease.


I’m sorry, but if I were being fed chicken poop, I’d be mad too! Anymoo - 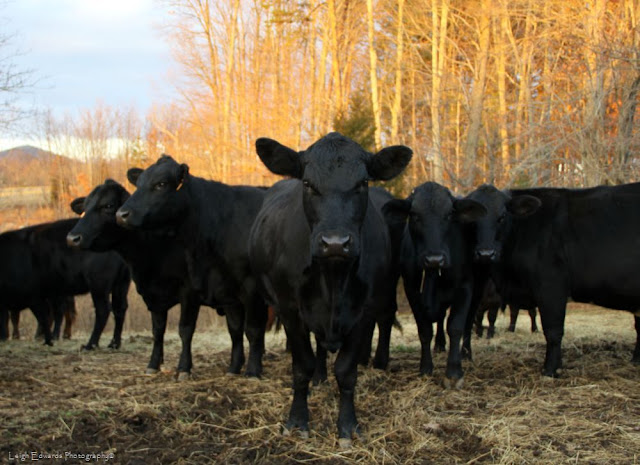 If chickens consume meat products, their feces are still fine for cows to consume. But... chickens are notoriously messy eaters, often scratching the feed out of the feeder and spilling it all over the floor… and therein lies the problem. If cows eat the uneaten chicken feed containing beef or beef by-products that was spilled on the floor and mixed with the poop, they could possibly end up with Mad Cow disease.

So let’s back up a little.

Because of the risks associated with Mad Cow disease, the US Food and Drug Administration has placed regulations on chicken feed banning the use of certain meat proteins.

From the FDA:
“On August 4, 1997, 21 CFR 589.2000 became effective. This regulation is designed to prevent the establishment and amplification of Bovine Spongiform Encephalopathy (BSE), sometimes referred to as "Mad Cow Disease," through animal feed. The regulation prohibits the use of certain proteins derived from mammalian tissue in feeding ruminant animals.”
See Link

As a result, almost all chicken feeds available commercially will be free of meat proteins in order to adhere to FDA regulations… and who can blame them? 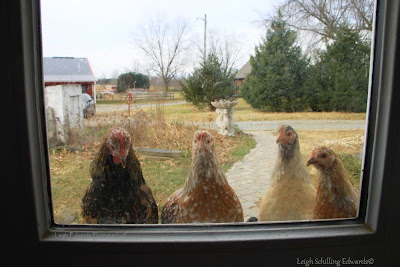 (I’m sorry – what was that angry clucking sound from your yard?)

Can/should you feed your chickens meat?
Please answer the following question honestly and to the best of your ability:
If you answered “no” to that question, then chances are there is not a reason in the world your flock should not have meat in their diet. In fact many long-time chicken keepers have found their chickens to be healthier if given meat on a regular basis – especially liver and organ meat. Any meat will do, though, provided it has not gone bad. 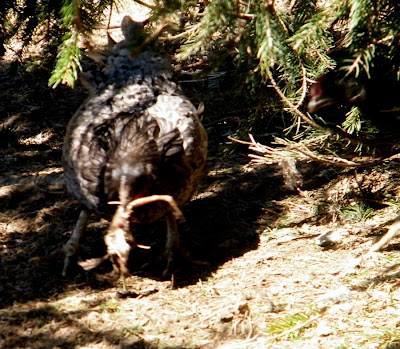 Yes – chickens naturally eat meat when left to their own devices. And if nature intends for a critter to eat certain foods, chances are those critters will be better off and happier if they do.

Posted by Bulldogma at 2:04 PM