Update on the Cracked Egg

If you have not already read the story of how one of my fertile and developing eggs was cracked, you can read it HERE.

I should mention that while I don't feel the use of medical tape intervention to be "natural," I can only say that with such an important egg at stake, the tape worked.

And now what you've been waiting for... 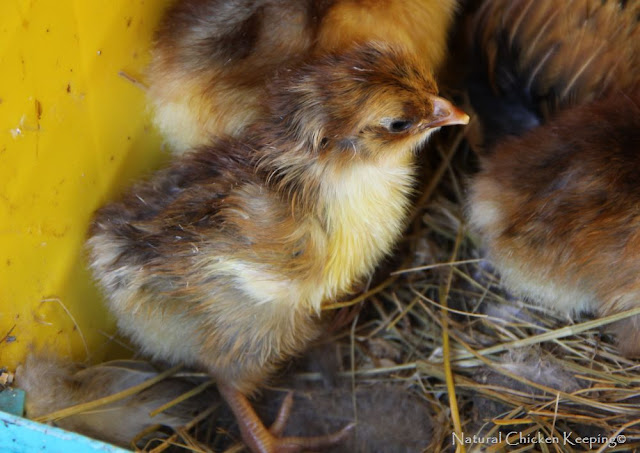 Poor little "Humpty Dumpty" is a little stickier than its siblings. When I removed the tape from the egg, the tape pulled a nickle-size piece of shell off with it. This resulted in higher moisture loss while the chick was hatching and some of the membrane dried on the chick. 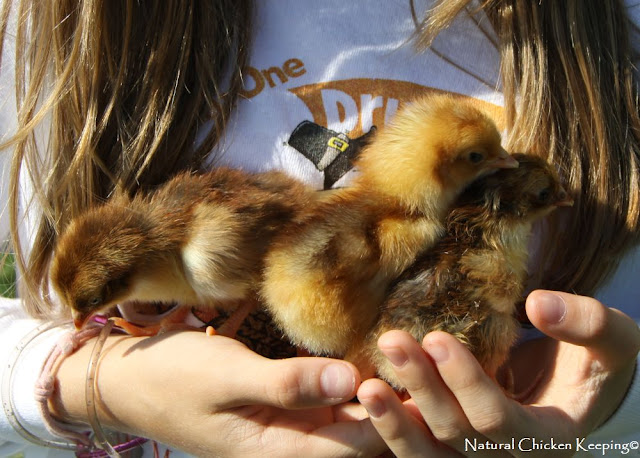 Group photo - Humpty is in the far right. 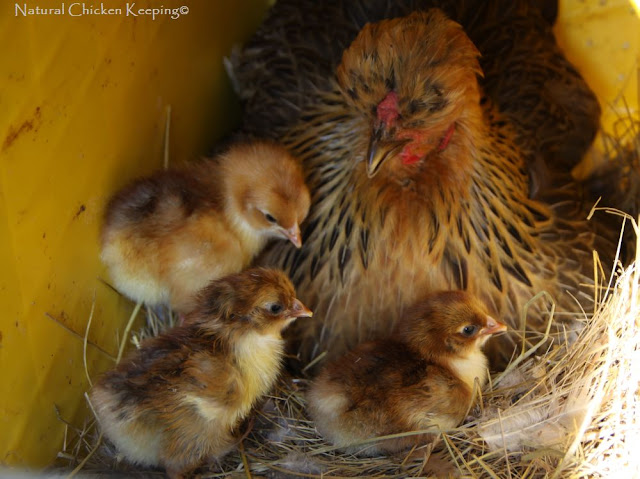 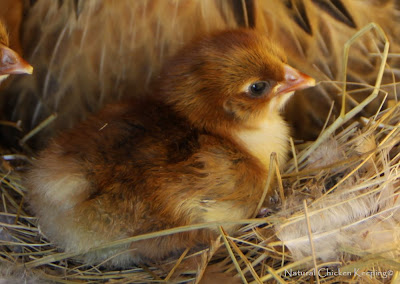 A sibling... just because. 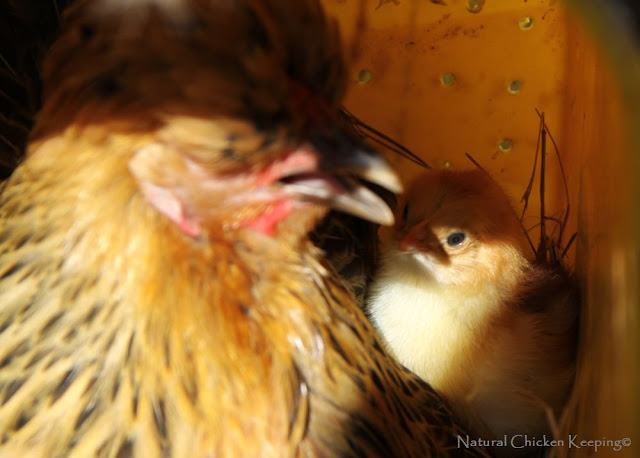 And the other sibling. Aren't they precious?

I'm happy to say that mom is doing very well with her new babies. I should mention that Mamma (a Silkie X Bantam Cochin) turned 25 weeks of age only yesterday! Yup - she went broody at 23 weeks after starting laying at only 20 weeks of age. (She was given eggs that had already been developing for a week.) I have a feeling she's going to be a great mamma to a lot of chicks in her life...  The best incubators are the ones that peck when you try to candle the eggs!

So, that's the story of a cracked and dented egg. Luckily for me medical tape did a better job than all the king's horses and all the king's men did in the classic children's rhyme, and this story has a much happier ending!